2016: Community Influencer of the Year

Update 2017-03-06 - Andy has been attempting to shame me into creating a badge that recipients could share on their own sites. Well, his persistence finally paid off.

Looking back on 2016, a lot of horrible things happened. I can't even fathom compiling a list of all the brilliant and inspirational people taken from us this year. I had a bittersweet experience at Gordon Downie's second-last live performance. And without getting too political, some things happened that make me genuinely concerned about this nation's future.

But a lot of good happened, too. Both of my kids had birthdays; they're happy, healthy, and growing up way too fast. I kept in better touch with my family back home than I had in previous years. My biggest issues, really, were first-world problems like delayed flights, fender benders, and awful sports officiating. So I have a lot to be thankful for, and really have no grounds to be complaining about anything. I'm going to try to be better about that in 2017 - that's a promise to my wife, my boss, and anyone who still pays attention to anything I rant about on social media.

As I thought about the past year, and my career and the SQL community in particular, it dawned on me that there was one person who had a significant impact on me personally, and also made substantial contributions to the community. So much so that I felt compelled to call him out... 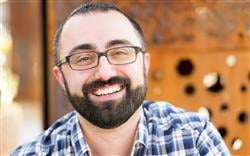 Grant Fritchey has done "speaker of the month" before but, quite frankly, since having kids, my travel has cut back enough that I don't see speakers every month. So while it doesn't come with a cool trophy or anything, and I can't promise there will be another, I'd like to bestow upon Andy my first Community Influencer of the Year award. I really feel he deserves the recognition for all the things he did for our community in 2016 (and continues to do).

In January, my wife and I were in Puerto Rico for a wedding, and Andy and his husband happened to be there as well. We arranged to meet for lunch, and had a great conversation over a meal and some girly drinks. He was telling us about all of the community-related things he was planning to do in 2016, and I remember thinking, "my, that's ambitious." Well, he certainly followed through.

In early March, he spoke at SQL Saturday #484 in Chicago. In the months leading up to March, he helped Mike Hillwig organize SQL Saturday #500 in Boston, and has taken the reins for their next event (February 25th). Sure, that event won't happen until a couple of months into 2017, but a good chunk of that work has already happened.

Andy organized and hosted the LGBT meetup at PASS Summit, which raised nearly $3,000 for The Trevor Project. And in December, he spoke at both SQL Saturday #574 in Washington D.C., and SQL Saturday #575 in Providence, RI.

Throughout the year, he has been a fantastic and tireless contributor to the SentryOne Product Advisory Council (PAC), providing invaluable feedback to both our product groups and our marketing team. He's not the only one, of course; and while this isn't direct community contribution, it has led to current and future enhancements to our web site, blogs, and products (like Plan Explorer).

But let me tell you a little about the session that had the largest impact on me, both as a person and as a SQL guy. At the Providence event, Andy went out on a limb and tried something completely different...

Inside the Management Studio

While the title might initially sound like a session on the tool we all love to hate, SSMS, it was actually modeled after Inside the Actors Studio, with Andy of course playing the part of James Lipton. I had no idea what I had signed up for!

Andy asked a bunch of questions about my background, my career, and my family. He showed a lot of embarrassing childhood pics, which got some laughs; but we had some real commentary about the industry, too, and that invoked a lot of audience interaction. I have to say that I got a lot out of this session - the questions were innocent enough, but they led to some personal and emotional answers that made me really think about where I've been, where I am, and where I'm going. I actually choked up, to the point of being teary, twice. But I felt a raw connection with the audience, and felt that I was relaying pieces of information from my own history that might be helpful in their own pursuits.

The hour went by very quickly. And in spite of the fact that most attendees had very different expectations, just about everyone stopped on their way to the raffle to thank us for the session and to tell us that it was unique and rewarding.

After the event, we went out for a beer, and discussed ways to improve the session. I had a series of silly ideas but, in the end, I think the format worked really well. I hope that Andy submits this session to other SQL Saturdays and, ideally, PASS Summit. My only suggestion would be to change the title, since we already know most people won't read the abstract. :-)

Kudos to Andy for a refreshing session, and for allowing me to be his first guinea pig.

...for your hard work, your dedication, and for continuing to contribute to the SQL Server community in interesting ways.

If you're not already following Andy, he's @AMtwo on twitter, and he blogs at am2.co.