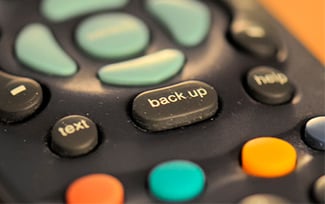 I come across an alarming number of people who need to take a backup of their database, or restore a copy of it somewhere, or move the data or log file(s) to a different drive, and do so by detaching the database (or shutting down the entire SQL Server service), and then copying or moving the file(s).

Before I go any further, let me cut to the chase:

Both of these approaches are very dangerous.

Having the service stopped removes the very protection SQL Server provides by locking the files from file system access in the first place (which is why you can't copy the files while they are attached and the SQL Server service is running). Relying on the service to detach your files cleanly or to shut down gracefully is risky. I have seen multiple cases where the latter resulted in corrupted files that could not be used elsewhere, and which failed to come back online even when starting back up the source instance.

I also often see people struggling to attach a database when all they kept was the .mdf file - if only I had a nickel for every time someone told me, "but the log file isn't necessary." The log file IS necessary; if you are detaching to try and recover from an out-of-control log file, you are asking for trouble, and there are better ways to deal with that scenario. Please read this dba.stackexchange thread in its entirety.

Even if the files detach cleanly, and even if you do include all of the files, moving (rather than copying) them after detaching poses another huge risk - if they get damaged in or after transit, what are you going to fall back to? It's possible you now have zero copies of your database. Trust me; this is not a lesson you want to learn the hard way.

USE A NATIVE BACKUP

I always ask these people if they are taking backups.

If you are stopping the service or detaching the database so that users can't modify the schema or data after your "backup" or copy process has started, there is a much safer way to do that: take the database offline. (Obviously, having the source database offline temporarily is acceptable, if your current approach is detaching it or shutting SQL Server down.)

Now, if you restore the backup and it doesn't go well, you can always bring the source database back online.

You need to make sure you're in the right recovery model and that you are protecting yourself adequately in the event of a disaster. Again, this thread on Database Administrators is a worthy read.

Moving a file by detaching and re-attaching

I frequently see detach/attach as the suggested approach for moving either the log or data file(s) to a different drive. For all of the reasons above, this is the last approach I would ever use. A safer way is to use backup/restore, or to simply modify the database's file configuration, take it offline, then copy (not move) the file manually, and finally bring the database back online.

Here is the backup approach - let's say I want to move the log file from the E: drive to the F: drive:

And here is the modify/offline approach (you should still take a backup before attempting this):

Both of these are much safer, in my opinion. As long as you have a backup that you're comfortable resorting to (e.g. it isn't from yesterday or last Wednesday), then they're all relatively safe approaches, but the detach method is the one most likely to force you to revert to that backup.

Many of the so-called "solutions" pushed by SAN vendors - snapshots in particular - are pipe dreams, and they could leave you in a similar kind of lurch. I'll leave that discussion for another day, but I will suggest you maintain your own native backups in addition to anything you're doing at the SAN level. Do have a read of Denny Cherry's article, "Should I Be Using SAN Snapshots as a Backup Solution?"

As far as I'm concerned, a file system backup of mdf/ndf/ldf files is NOT a backup you can rely on. If you have any hope of recovery, you need to use proper, native SQL Server backups. Anything less exposes you to a lot of risk, could be detrimental to your career, and may even jeopardize the viability of your entire company.