The Difference a Day Makes: SSMS 2016, Azure, and Extended Events

You may have rushed to install CTP 3.3 when it was released yesterday. If you did, your SSMS build is 13.0.11000.48. Look closely, because that's going to be important in a moment.

In this build of SSMS, which shipped with CTP 3.3, if I connected to an Azure SQL Database, right-clicked on an existing Extended Events session in Object Explorer, and selected Properties (or New Session...), I received this error:

If I instead tried to script the Extended Events session using Script > Create As, SSMS would crash. Not just a normal crash, but an I-have-stopped-responding, do-not-pass-go, do-not-auto-receover-any-open-files crash. In the event viewer I saw this pair of errors (omitting full stack trace for brevity):


I was able to fix this thanks to a message from Julie Koesmarno, who said that the first issue was fixed in a newer build (13.0.11000.78), but that she could still reproduce the crash. So, I installed the newer build, and for me, it fixed both issues.

If you have 13.0.11000.48, and you are encountering any Object Explorer click- or right-click-related issues, there is an easy way to get to the newer build, 13.0.11000.78. I think the later build is a good idea anyway - it likely has just an extra day or two of development and fixes baked in (the build in the CTP 3.3 distribution was constrained by publishing schedules).

The download for 13.0.11000.78 is currently available from TechNet (direct link), though that page erroneously states:

And in fact, you might see the following prompt sooner than later, if you have enabled update notifications for SSMS, or go to Tools > Check for Updates... 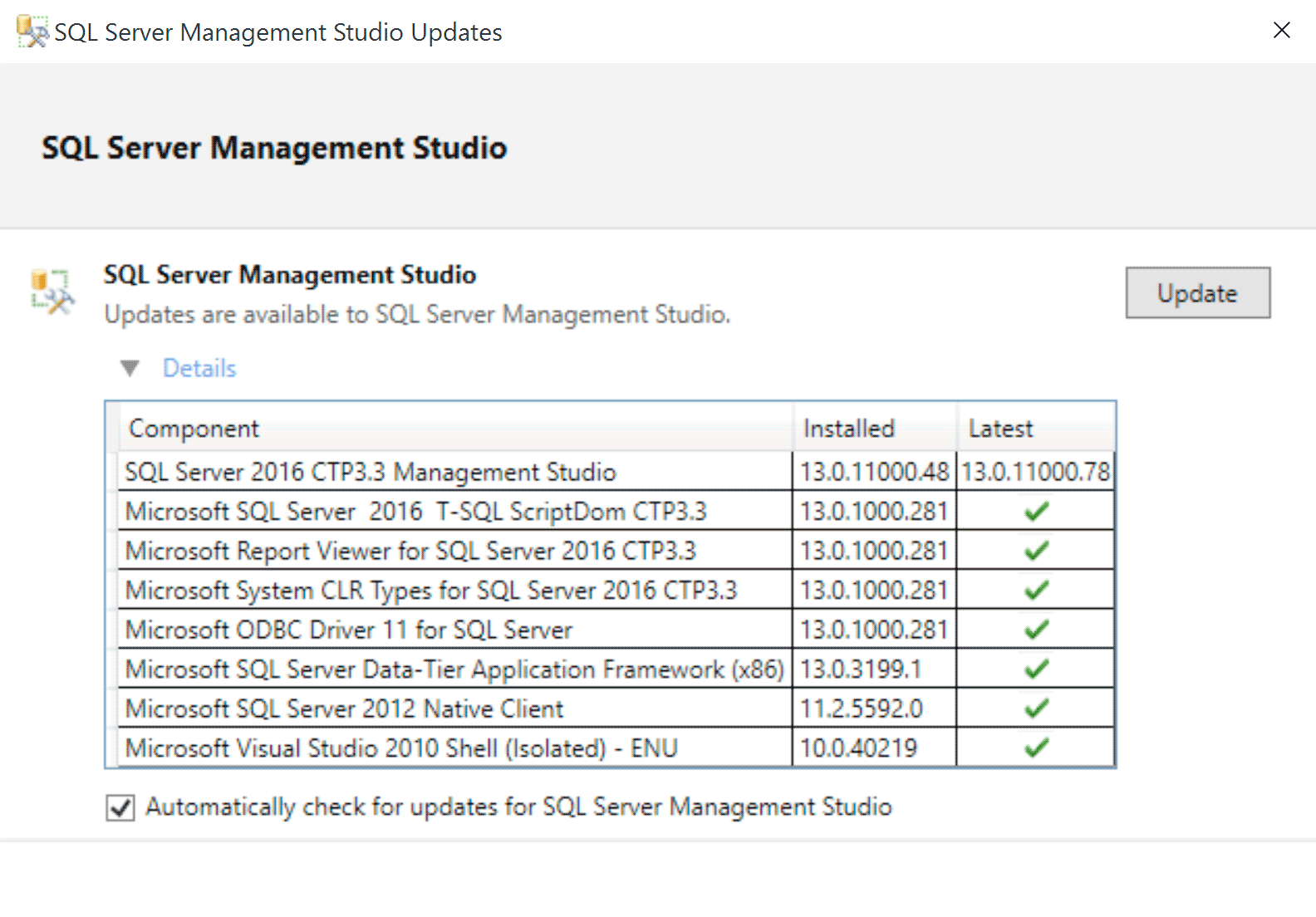 By all means, go ahead and run the update.

After installing this build — which may require a restart both before and after installation — you should be here:

I think there is a lot of shuffling going on due to parallel work in Management Studio. A story for another day perhaps.