Like many folks in IT, I spent the early years of my career both learning about everything I could get my hands on, and looking for the next great gig. What that really landed me was a period of several years spent without a foundation. The term “maverick” was used once or twice by recruiters, and when I was younger I actually took that as a compliment. As I matured I eventually realized that it wasn’t a compliment at all. It was a term used to describe someone selfish, and bordering on untrustworthy.

I’m happy to be able to say that nearly a decade ago I found a place that I can truly call home, and I doubt anyone here would believe that I ever was called “maverick” at all.

In 2006, I came to SQL Sentry off of a contract with a large financial institution. I was hired as a developer to work under Brooke Philpott (b|t) on SQL Sentry Event Manager, which had just released version 2.5 at the time.

Man was I scared, and for a lot of reasons. For one, I had never worked very much on product development. Everything significant I had done to then was all line of business software or retail websites. I’ll also admit that I was a bit intimidated by Brooke. The guy is an amazing developer and architect. He really is the total package, and as much as it was an honor to learn from him, it was also a bit scary knowing how high the bar would be set. Lastly, the company was small, really small. Coming from a place that employed tens of thousands of people, and even contractors could pick and choose from available gigs, this created some horrible visions of instability in my head.

Despite my fears, I had always wanted to work on products. SQL Server was an area that I had some good experience in. Even what little experience I had in product development was in building SQL Server tools, and I was excited to be able to work with Brooke who had architected and written this product from the first line of code.

This was one of the best decisions I’ve ever made…

After nearly 3 years as a SQL Sentry developer, a very real need arose for someone to step into the role of customer support. Not only that, but the company was growing in leaps and bounds, and this role came with management responsibilities.

The reality for me was that, even though we were growing, we were still a small team, and I was doing a fair amount of customer support anyway. On top of that, I really liked the customers! So, when I was asked to take this on in 2009, I was happy to do so.

I’ve spent the 5+ years since making sure that our customers receive the best technical support possible, and ensuring that our support engineers are prepared for anything that comes their way.

I’ve had the honor of building relationships with many of our customers, and seeing first hand the difference a great set of performance management tools can make for busy IT professionals.

I was later provided the opportunity to help our Professional Services team by bringing technical support and services under a single umbrella, allowing them to share resources in ways that were previously more difficult.

But, as our team grew, the need for a hands-on director started to shrink. Eventually the director part seemed to outweigh the hands-on part, and I found myself missing some of the things that drew me to a career in technology in the first place. 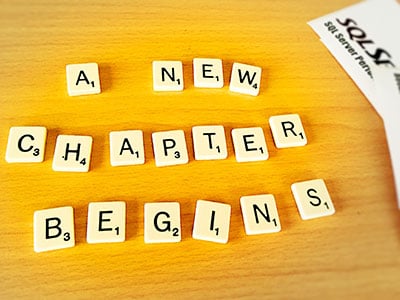 Today, for the first time since I got to SQL Sentry all those years ago, I find myself feeling just a little scared again, and even more excited.

In just a few short days I’ll assume a new role at SQL Sentry as Product Manager. I’m a little anxious, because I’ll be entering some new territory, but I’m excited about new challenges and the chance to serve our current and future customers in an entirely new way.

I’m really looking forward to helping our product teams build and ship world class features for SQL Sentry Performance Advisor, Event Manager and Plan Explorer. We have amazing things in store for everyone, and to me, these last 9 years were just the beginning!