In addition to brewing great beer, New Belgium is proud to be employee owned by their nearly 800 employees, and are highly involved in community and environmental sustainability. New Belgium is dedicated to producing brands their customers love, and to proving that business can be a force for good (and good beer, did we mention that?) They're involved in numerous social projects: sustainable agriculture, smart growth, bicycle advocacy, and water conservation and restoration efforts. 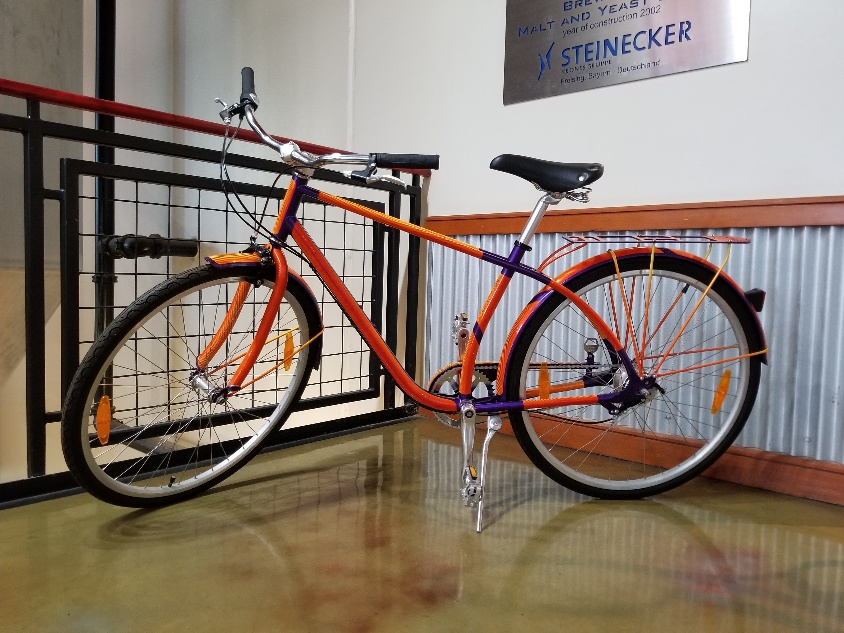 Speaking of bikes, yes, they are the brewers of Fat Tire Ale

Erickson Winter is a passionate BI Specialist at New Belgium. Erickson also serves as New Belgium's primary Database Administrator. With a growing SQL Server estate, this dual role is what prompted Erickson to search for a software platform to help him monitor, diagnose, and optimize the brewery's data platform while affording him time to pursue his first love in Business Intelligence.

In the spring of 2017, Erickson attended SQL Cruise with SentryOne Principal Program Manager, Kevin Kline, and me. During one of the SQL Cruise training sessions Erickson described an interesting case involving VMware, and SentryOne support for performance monitoring VMware hosts, known as V Sentry. We wanted to hear more about this story, so when we returned we planned a visit to the New Belgium campus. 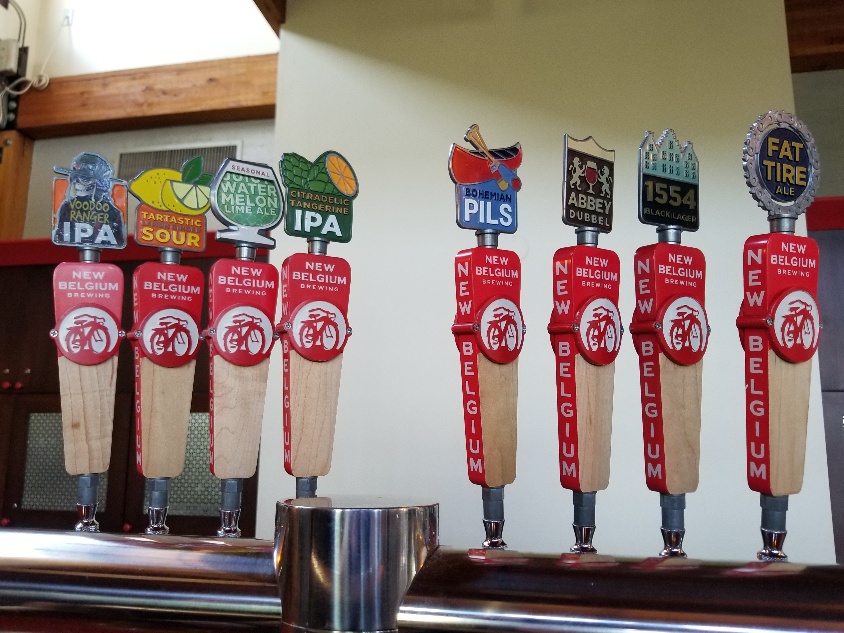 Not going to lie; the beer was also part of what we wanted during this campus visit

When we first arrived at the campus, we settled in to hear Erickson's SentryOne story. With SentryOne, Erickson is able to spend an hour or less each morning going through his servers before he moves on to his BI passion. Without products like SQL Sentry and V Sentry, he would spend most of the day on these DBA-related tasks. He describes SentryOne as a lifesaver; a tool that allows him more time for career path learning and activities, and creating more value for New Belgium Brewing.

Before SentryOne, Erickson and his coworkers encountered a problem with a popular commercial backup solution. SQL Server jobs were failing overnight and affecting the data supply chain for sales people. Their day-to-day work was being delayed due to these ongoing and mysterious issues. They didn't have enough information to troubleshoot the issue. They gave V Sentry a try and that changed everything! They were able to see that the backup solution was spinning up a VM on the host, stealing resources from production, spiking co-stop times, and causing their data supply issues. Without V Sentry, Erickson says they would not have had the time or details to see the cause of their troubles.

A snap-shot of co-stop issues at New Belgium

For the time being, Erickson is using more traditional methods to automate SQL Server backup and restore, and things are running up to expectations again.

We've talked to DBAs in the past who felt it might be difficult gain access to VMware vCenter in order to use V Sentry. We asked Erickson about his experience gaining access to vCenter. Erickson told us that he had simply asked for a read only account, and they gave him one. It's always great to see healthy cross functional cooperation in a business culture. 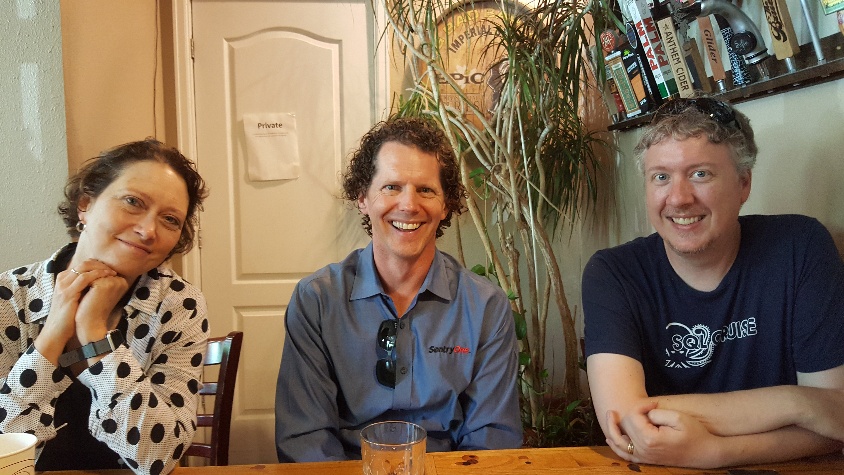 Erickson also uses several other SentryOne features to help keep his DBA workload under control. The Environment Health Overview (EHO) provides him with a quick list of areas to investigate as he begins each day. Performance Baslines allow him to quickly determine when performance is either improving, or not quite up to par. Advisory Conditions provide a powerful custom alerting mechanism, and flexible options for automation. Erickson has constructed an Advisory Condition that takes action, correcting a recurring performance bottleneck. This proactive automation prevents an interruption in productivity before it begins. 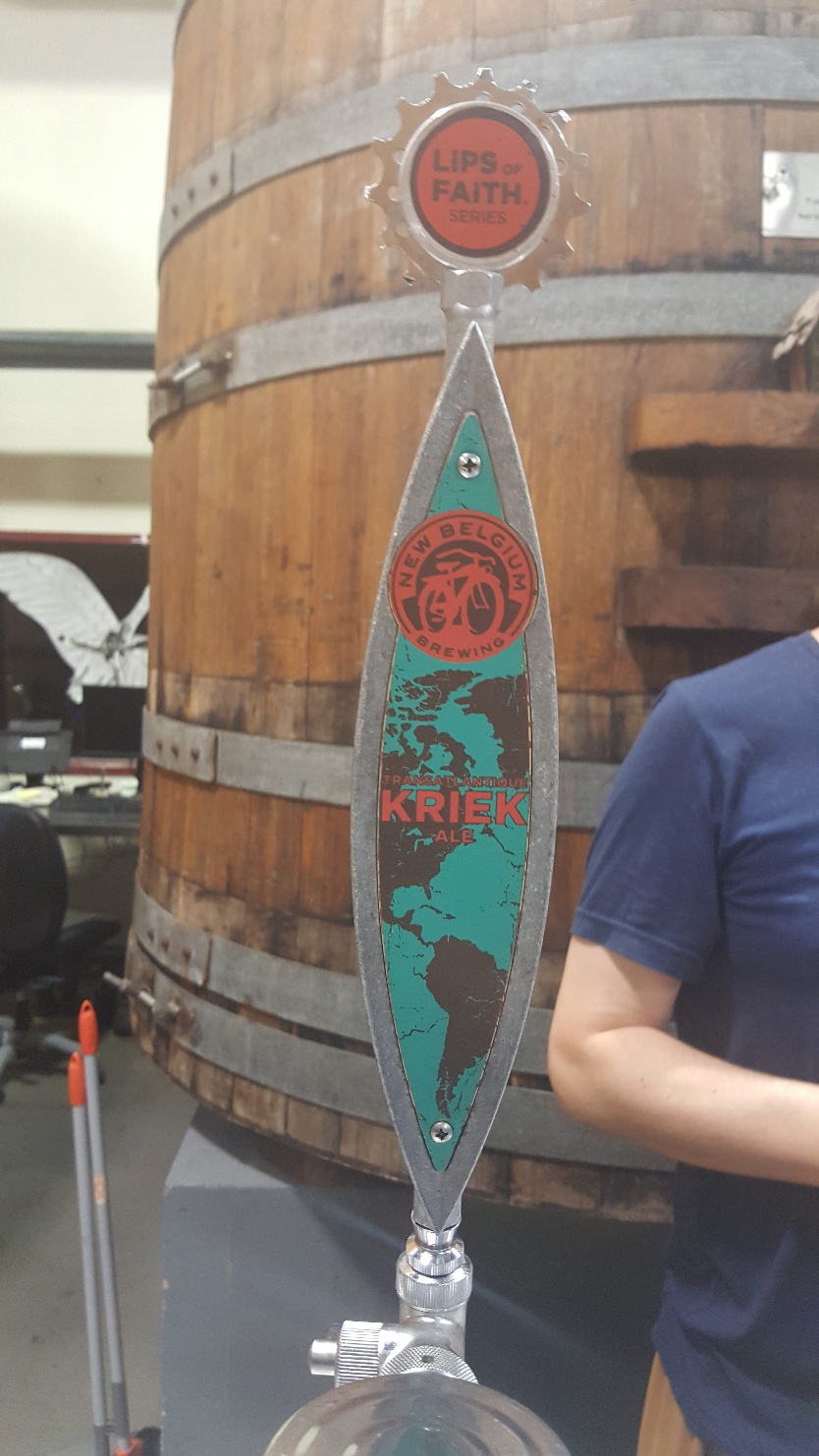 We always love getting feedback from customers, and after a great tour of the brewery, Erickson invited other team members to join us. Together they shared their ideas and use cases to take home with us, not to mention some amazing brews that we don't always get to have at home.

On behalf of everyone at SentryOne, I want to thank New Belgium Brewing for hosting us, and allowing us to document their story. If you like craft beer, pick out something from New Belgium while you are at the tap. You'll be helping to support the environment and improving community involvement across several areas of the US. The beer is also pretty darn good.

Do you have a SentryOne or Plan Explorer Story you'd like to share with us? We'd love to hear how SentryOne products are empowering you to conquer more challenges and get the most out of your day. We might not be able to visit you in person (obviously we can be swayed by beer), but an email or phone/video interview is always possible.

If you are interested in seeing how much time and effort SentryOne can save your team, simply use the jump below to give it a try.