How Can I Become A Microsoft MVP?

This is such a common question that, were I to write a FAQ of questions I get after speaking, it should sit somewhere in the top 3 positions. (Update 19-Dec-2017: This post is now available at the short-cut https://sentryone.com/mvp).

As an aside, you can tell that I'm not as smart as I like to pretend. That's because I have been a Microsoft MVP since 2003-2004 and yet I have never actually written down the answer to this very frequent question. Shame on me for working harder, not smarter.

What is a Microsoft MVP?

Even though I get the question a lot, most SQL Server professionals have never heard of an MVP outside of sports. Who knew Microsoft had MVPs too, amiright? But if a sports-ball MVP is the first thing that comes to mind, then you're heading in the right direction. In my words, the Most Valuable Professional designation is a recognition of an independent individual's contribution to the wider community in support of a specific Microsoft technology. Note the emphasis on community, not technology.

Microsoft thoroughly explains the entire program on their MVP overview page. In their words:

Microsoft Most Valuable Professionals, or MVPs, are technology experts who passionately share their knowledge with the community. They are always on the "bleeding edge" and have an unstoppable urge to get their hands on new, exciting technologies. They have very deep knowledge of Microsoft products and services, while also being able to bring together diverse platforms, products and solutions, to solve real world problems. 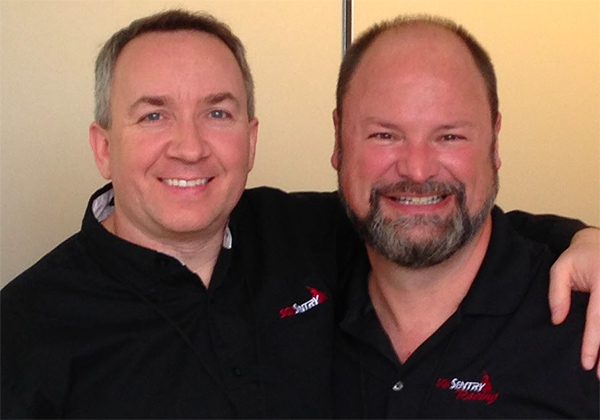 There are about 4,000 Microsoft MVPs worldwide spanning all of Microsoft's products, from Office to Visual Studio to Xbox to the various Server technologies. These areas of focus are called award categories. The ratio is about 50/50 of international recipients to US-based recipients.

In my award category, called Microsoft Data Platform, there are about 150 international SQL Server MVPs and a comparable number of SQL Server MVPs within the United States. Other award categories include Microsoft Azure, Windows Development, Office Development, each of the Office products, Visual Studio and Development Technology, AI, Cloud and Datacenter Management, Enterprise Mobility, Windows and Devices for IT, Office Servers and Services, and Business Solutions.

There are lots of benefits to being an MVP. For example, you get boatloads of Microsoft software and services for free, such as a premium LinkedIn account, MSDN Universal subscription, Office 365 subscription, Azure goodies, and more. I'm simplifying a bit, but free stuff is a major benefit.

My favorite benefits, however, are not the things that you get. It is the people you can now access directly. In particular, you can talk directly with the Microsoft developers who work on your technology and the other MVPs in your award category. Now that is the real value of the MVP program. When you become an MVP, you can always say "I may not know the answer to your question, but I know someone who does."

(As an aside, there is also an official MVP Code of Conduct, as well as a non-disclosure agreement that you must sign. It is very possible to lose the MVP credential when the awardee does not meet the standard for ethics, professionalism, and discretion).

Tips for Becoming an MVP

So, back to the original question about how to become a Microsoft MVP. Take a look at Microsoft's own words and then I'll add my own thoughts on the topic. Microsoft says:

There are 3 very simple steps: Be an expert, do lots of what you love, and let us know! Really, there isn't a long checklist of things you need to do to become an MVP. The best MVPs really excel in step #2: they LOVE what they do. And we can tell! Whether you're a great speaker, have a talent in blogging, lead a top technical community, are a social media superstar, a top GitHub or StackOverflow contributor or have a totally different and cool way to share your passion for our products and services, we'd love to know more! Or, if you know of someone who you believe has what it takes to be an MVP, go ahead and nominate them right now!

In addition, Microsoft provides lots of examples of MVPs who excel, as well as a means of looking up MVPs to engage them for speaking, writing, consulting, and such. 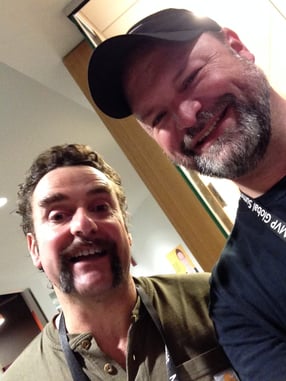 Now, let's dissect and parse the Microsoft wording to get to some specific and actionable information you can use on your mission to become an MVP:

Here's one final recommendation. Are you guaranteed to receive the MVP award even after turning out a prodigious amount of blogging, conference sessions, books, videos, podcasts, or open-sourced code? Absolutely not. Remember up above where I recommend that you align with Microsoft's motivation? It's possible that your content simply doesn't align. It might not strike the right tone, somehow sounding grammatically sloppy, unprofessional, angry, or hyper-critical. It might be relevant, but only to a tiny audience. Or it might simply be a case of being in the wrong place at the wrong time, metaphorically speaking. Microsoft deprecates technologies all the time. Silverlight anyone? So it could simply be a case where your content focuses on something that people inside of Microsoft know has a limited lifespan. And finally, there might not be any special reason at all. It's their party and they get to write the guest list. All of this also points back to why it's important to get feedback and mentoring from other MVPs who can help you determine if you're on the right track or not.

I hope this has been helpful. Please let me know if you have any feedback.

P.S. Are you a current or former Microsoft MVP? I'd love to hear your tips, tricks, and recommendations as a comment here!