This post was live-blogged from the PASS Summit 2018 keynote. Please forgive incomplete thoughts, sentence fragments, and other lapses. 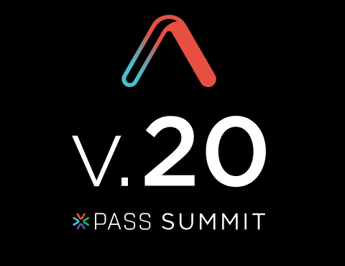 Next year will mark a major milestone since the founding of the PASS organization way back in 1999—20 years of PASS! This event is the 20th PASS Summit, and this year is also the 25th anniversary of SQL Server.

(Since I was there 20 years ago as one of the founding board members of PASS, and having served as an executive of the organization from 1999 to January 1, 2010, I'm going to publish a few blog posts soon that discuss the early years and some history of the PASS community.)

Rohan Kumar is the Corporate Vice President of Azure Data at Microsoft—he sets the direction and strategy for SQL Server and the Microsoft Data Platform. Rohan's keynote topic this year was SQL Server and Azure Data Services: Harness the future with the ultimate hybrid platform for data and AI. Here's the keynote abstract for quick reference in case you missed this session: "In today’s world, the forces of Cloud, Data and AI are driving innovation and ushering in the era of the intelligent cloud and intelligent edge. Microsoft’s goal is to bring you the best products and tools to tackle these new opportunities—helping you build a data infrastructure that supports your organization now and into the future."

My favorite part of PASS Summit keynotes are the demonstrations. Today, Rohan showed the latest advances from Microsoft across SQL Server, Azure Data Services, Business Analytics, and AI. I'll provide brief highlights of some of the new product previews and features, as well as the innovations that make Microsoft the best data partner of any provider—on-premises or at cloud scale.

If you're at PASS Summit this week, be sure to stop by and see the SentryOne team at our booth in the Expo Hall!

How to Manage an ETL Data Migration Into the Cloud
Cloud Migration Tips from SQL Server Experts
8 Handy Tools for Migrating Databases to the Cloud
2020: The Decade of Data
Rightsizing Your Cloud Consumption on AWS
Three Reasons Your Cloud Database Migration Will Fail
Database Documentation and Lineage in the Cloud