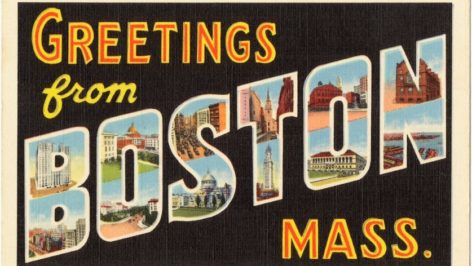 As one of the oldest cities in America and the scene of many key events during both the American Revolution and the Civil War, Boston is well-known for its historical sites. But there's more to the city than that.

If you love music, you should attend a performance of the Boston Symphony Orchestra, which has been regarded as one of the "Big Five" of American orchestras. Book lovers can't miss the Boston Athenæum, which is one of the oldest independent libraries in the United States and is beautifully made. And if you are a fan of the show Cheers, you can always stop by Cheers Beacon Hill (originally called the Bull and Finch Pub). Also, did you know that Duck Tours don't actually involve any ducks?

Households in Boston claim the highest average rate of philanthropy in the United States and its businesses and institutions rank among the top in the country for environmental sustainability and investment. Boston packs a punch in its community building, including in the SQL Server space. 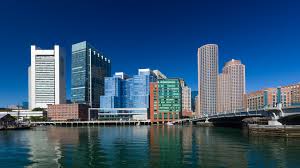 Boston has a thriving tech community, and I was fortunate to collaborate with the BostonSQL group to bring SQL Vacation 2018 to the city. Let's get to know BostonSQL Leader, and new SentryOne Product Manager, Andy Mallon. 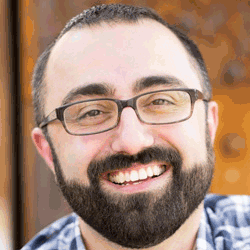 When did you begin your professional career?
I started back in 2003, working on software implementations and tech support. I had quit university after just one year and was at the end of my "figure out what to do with my life for a year" time when my brother's ex-girlfriend put me in touch with the software company she was working at. It was at that company that I started to work with SQL Server and fell in love with it. I started there doing training and installation of their software and worked my way up to being their lead support tech. After a few database-focused tech support jobs, I eventually became a DBA.

What’s a normal week at work like for you?
This is a tricky question. For nearly a decade, I've been a DBA and this answer would be about working with developers, working with server admins, reactive and proactive performance tuning, etc. However, I just made the decision to leave my most recent DBA job to accept a new position as Product Manager for SentryOne.

I'm super exited to make this career leap, but I'm not quite sure what a "normal week" will be like in my new role! Because of my tech support background, I'm most excited about identifying the root cause of a data professional's largest pain points and finding innovative ways for SentryOne's Data Performance Management platform to ease that pain. I'll be maintaining the backlog and roadmap for the product and working with the development teams -- but ultimately, my goal is to make life easier for our customers.

What was your first IT or computer project that added value?
The first software company I worked at was a start-up, and I was the most junior person there. In my first few weeks and months, I spent a lot of time practicing and documenting the install process for our software, including the installation and configuration for SQL Server. I wasn't quite knowledgeable enough to declare the "right" way to install the software, but I was able to qualify if various scenarios "worked." This led to our ability to streamline the install process and begin offering recommendations on the "best" option. Eventually, I worked with the development team to replace our tedious, manual upgrade process with one that was a single click to download and install updates. Hours of practicing and documenting installation procedures during my first few weeks ultimately bore the fruit of an incredibly cool project.

What sort of career do you think you’d pursue today if you hadn’t chose IT?
My other passion in life is food. If I hadn't been successful with my career in IT, I think the restaurant industry would have been the career I would have pursued. Food is love, and being the chef/owner of a restaurant would allow me to share my food, and thus my love, with others.

When did you come to the area?
I was born and raised in Medford, MA. I was born at a local hospital about a mile down the road from where my parents lived. I've always lived in the Greater Boston area, and when my husband and I bought our house, we landed back in Medford. The rest of my family has moved away now, but I live just a couple of blocks from where I grew up.

What made you decide to help as a volunteer leader?
Mike Hillwig was organizing SQLSaturday Boston at the time, and I had volunteered to help with some minor tasks during SQLSaturday. At a user group meeting just before SQLSaturday, I was talking to Mike, and he coaxed me into helping with more than just the small role I'd signed up for. When I provided some "constructive criticism" on past lunch catering, Mike told me, "If you think you can do better, then you're in charge of food for the next SQLSaturday." I took the bait, and joined the team as co-organizer for SQLSaturday Boston!

What is the IT community like in your town?
Boston has an incredible IT community. Boston and the surrounding areas have a tremendous number of colleges and universities. From heavyweights like MIT, Harvard, and WPI, to dozens of smaller liberal arts schools, there is a constant feed of young talent that invigorates the community and supplies companies with talent. Microsoft, Google, and Amazon all have offices in Boston. Wayfair, DraftKings, HubSpot, ZipCar, iRobot, and hundreds more have their headquarters here in Boston. Even SentryOne has an office nearby in Salem, NH.

Boston is definitely one of the top cities for high tech on the East Coast.

What do you enjoy doing in the area?
Besides eating? Because we've got some really great food here in Boston. Myers + Chang is my second home and second family.

I'm a real sucker for the natural beauty that Boston and New England have to offer. Whether it's walking along the Charles River in Boston and Cambridge, going to the ocean towns in Cape Cod or Cape Ann, or trips to the mountains and beaches in Maine and New Hampshire, New England is a really beautiful place to be.

What do you recommend visitors to your town do on their own #SQLVacation?
If you're a history buff, Boston is chock-full of history. So much of early American history is here. The path of Paul Revere's Ride goes right past the street I live on -- and I'm having dinner near Paul Revere's house tonight. Downtown, the Freedom Trail is a 2.5 mile path marked by a red line that takes you past more than a dozen historical sites related to the American Revolution. There are also more museums than I can count, but my two favorites are the Isabella Stewart Gardener Museum downtown and the deCordova Sculpture Park & Museum in the suburbs.

This year, my co-workers surprised me with a bobblehead in my likeness, which I actually don’t hate. You could win one, along with a bunch of other SentryOne goodies, by entering our 2018 #SQLVacation contest. Visit the SQL Vacation web page to learn more about the contest.