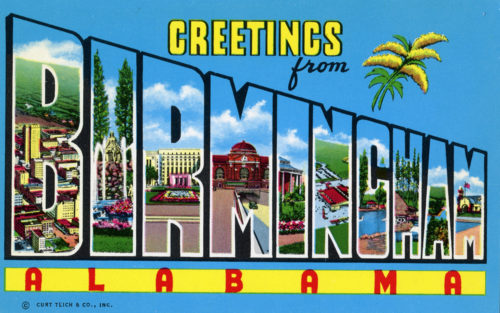 My family would frequently make the trip from Huntsville, AL where my father worked as an analog computer engineer, to Birmingham, the largest city of Alabama, where a large number of my extended family had settled after WWII to work of the iron and steel industry. Back then, everybody called it The Pittsburgh of the South, and the number of blast furnaces and railroad spurs made it easy to see why. I was invariably roused from napping the whole 2-hour drive by that distinctive smell found only in the presence of heavy industry and steel foundries. Today, heavy industry is a less dominant part of broad-ranging and vibrant economy which now serves many other white-collar industries, such as banking, telecommunications, transportation, electrical power transmission, medical care, college education, and insurance have risen in stature.

I first met John Baldwin, the leader of the Birmingham SQL Server users group, not in B'ham but in Atlanta. John has been an active volunteer there, as well as in his home town, helping with the massive SQL Saturday that Atlanta puts on every year. They meet on the third Tuesday of every month on the 3rd floor of Russell Hall at the Samford University campus on Lakeshore Parkway. Food and fellowship take up the first 30 minutes of each meeting followed by a SQL Server technical session. If you live in the area, I encourage you to attend! Be sure to email steelcitysql@gmail.com or use the eventbrite ticketing system on their website so they can get an accurate head count to plan for food. 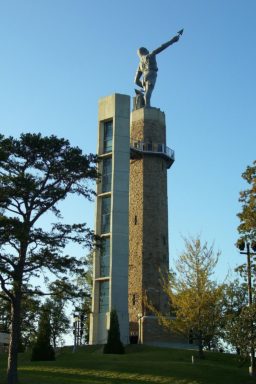 User group leaders perform a tough and (usually) thankless job. John goes even farther, by helping with various regional events, like SQL Saturday Atlanta, as well as other events like the cool Dev Day Birmingham coming up this August. (Full disclosure - I'll be there as a pre-conference workshop speaker). So let's take a little time to get to know John...

So John, when did you begin your professional career? I began my professional IT career in August of 2000 when I moved from my home town of Mobile to take a job in Atlanta with a startup called enfoTrust networks. I had just received a Master’s degree in Management Information Systems from Auburn University two months earlier just in time to watch the dot com bubble burst. While in school I had been exposed to RDBMS via Oracle 8i and was introduced to SQL programming with a course on PL/SQL. Even though enfoTrust was a Microsoft shop they used Oracle Financials as their accounting software. They needed someone to maintain a process that took billable transactions from the business application that was on SQL Server and loaded them into the Oracle Financials system, and since I had an Oracle background I got the job. I spent the next year handling the Oracle side, but also taking the opportunity to learn SQL Server.

At its peak the company employed around 50 people more than half of which were in IT, but the billable transactions were few and far between and like many companies at that time it became increasingly clear that their business model was unsustainable. The company had funding, but needed revenue and as a result decide to make a dramatic shift. That shift led to three quarters of the workforce being cut and the business changing focus to a completely new product with a better revenue opportunity. When the dust settled, I was one of the six left in IT and took on the role as “the database guy”. We worked to build a mobile application from the ground up that used SQL Server 2000 with merge replication to devices running SQL Server 2000 Windows CE for retail service reps to gather field data and syncing it back up to our central SQL Server. Over the next two and a half years and a lot of long nights and weekends the company steadily grew, and I grew with it into the role of DBA.

What’s a normal day at work like for you? About the most "normal" thing about my day is my 9am standup meeting. After that it could be on to SQL development, SSIS development, code review, troubleshooting, performance tuning, meetings or research. 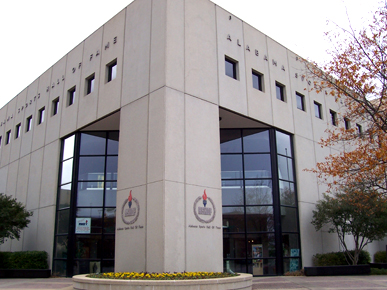 When did you come to this area? My wife and I came to Birmingham in early 2005. I left Atlanta in 2004 for an opportunity to move back home to Mobile and she followed as my fiancée. We stayed down there long enough for her first hurricane and for us to get married, but ultimately it wasn’t a good fit for either of us. We need something bigger than Mobile and smaller that Atlanta, so Birmingham was the perfect in between.

When and why did you decide to help as a volunteer leader? I had the opportunity to take over the group in 2008. I was able to attend the PASS Summit that year and have been hooked ever since. From there we have gone on to hosting five SQL Saturdays the first of which was SQL Saturday #7, which has helped to grow our exposure and increase our speaker pool.

What is the IT community like there? I would characterize Birmingham’s IT community as growing. Depending on the speaker, topic and time of year we might get anywhere from a handful to up to 40 people at a meeting.

What do you like about your area? I like that it offers a lot of the same opportunities and features of a bigger city, but still maintains a small town feel. It is centrally located with Atlanta and Chattanooga only a couple of hours away, plus you can be at the beach in as little as four hours. There is plenty of job opportunities, great food, a growing craft brewery scene, good entertainment and it is a great place to raise a family. 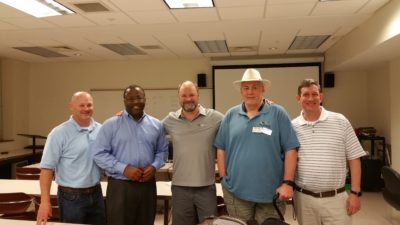 What you recommend someone do there, if they came to town on their own #sqlvacation? As is the answer to most IT questions, it depends. If you are into something you can’t see anywhere else, then plan a visit to Vulcan, the world largest cast iron statue, atop Red Mountain. If you are into the outdoors hit the trails in some of the parks like Oak Mountain, Ruffner Mountain or Red Mountain. If sports are more your thing try the Barber Motorsports Park or catch a Barons [AA minor league baseball] game or hit the Alabama Sports Hall of Fame. If you might just want to eat and drink, so out the Uptown area or the Highlands or one or the many great BBQ joins or grab a beer at one of the local craft breweries like Good People, Avondale, Cahaba or Trimtab.

What do you and your family enjoy doing in the area? Having two small kids we like to do things like visit the Birmingham Zoo or the McWane Science Center or visit one of the many area parks.

Thanks John! I look forward to seeing you and the user group members tonight!

Have you set your vacation plans for the summer? If so, share them with the #SQLFamily community and on social media using the hashtag #SQLVacation! And don't forget to enter the contest for a chance at many free prizes!