#SQLVacation on the Sugar-White Sands of Pensacola


This time last year, the Horde and I were drawing ever closer to the great Windy City. As always, my inner Clark Griswold was trying to make the best of all of our many stops. But by the time we arrived downtown, it was windy, overcast, and as warm as a Tennessee Sunday in March (i.e. not hot at all). It was totally nice. But a not beach vacation, fersher.

In 2016, instead of north, we've headed south to the blistering heat and white sand beaches of the Florida panhandle for our #SQLVacation. Now, the Atlantic and Pacific coasts both have nice beaches. Truth be told, my parents always loved beaches and lived accordingly. I was born in southern California and lived my first two years on Hermosa Beach, CA. A few years later, we lived on the Atlantic coast at Barnaget Bay, NJ. So I feel qualified to tell you that they just can't compare to the beauty of these Florida beaches.

Arriving at the beach, in the heat and sun, the Horde disgorged from the minivan and we all took a collective 'AHHHHHHhhhhhHHHHH'. Like dis...

SQLFamily on the Beach

The towns of the gulf coast aren't huge cities, with a couple exceptions like New Orleans, Tampa, and Miami. But size isn't the only important metric for the SQLFamily. Of course, the big cities are full of millions of amazing people and museums and fine dining and art and bazillions of hits on your fake not-really-a-single-person Tinder profile. But the smaller cities always have larger attendance at local SQL Server events and a lot more PASSION and COMMUNITY among the attendees. Maybe the big cities inure us to good feels of passionate causes and a strong community? Maybe it's the long commute? Long commutes would certainly turn me into a snarling beast. But I can almost always count on seeing as many attendees in a town the size of Pensacola as a city the size of Chicago. Strange, but true. 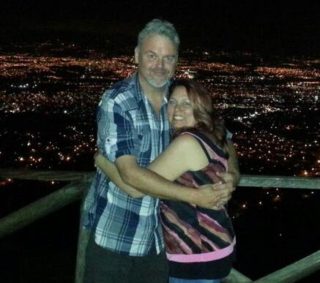 Now, consider the Pensacola SQL Server User Group, a chapter of the Professional Association for SQL Server containing 300% of the USDA recommended daily allowance of passion + community. And a great big portion of the credit for that goes to the local user group leaders, Karla and Rodney Landrum.

Karla (b | t) is a community evangelist for PASS with more vim, vigor, and verve (3 Vs! See what I did there?) than a Horde of teenage girls. (And I'm an authority on horde of teenage girls). And in a true relationship yin+yang, Rodney (b | t) is more chill than a polar bear and about as tall. He's also a noted SQL Server expert, author, and MVP. Be sure to get a copy of his great SQL Server DBA Tacklebox book gratis. They're so cute in that picture to the right that I might have to spew.

Let's get to know them and the Pensacola SQL Server User Group a bit better (Rodney is the primary respondent below):

When did you begin your professional career? It was in the early 90’s. I was a mainframe computer operator for our local county government and I was also a full time student at University of West Florida. Ironically, I received a BA in creative writing, but I had a full-time computer job lined up when I graduated. I knew one day I would blend my love for technology and writing which I did many years later. I found MS Access and SQL Server in the same year. I quickly dropped Access and have not looked back. 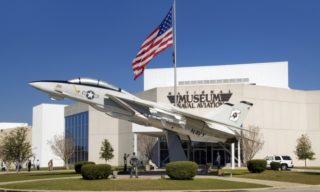 What’s a normal day at work like for you? We both work from home (Karla and I) so our typical day will be coffee by the pool, breakfast and working until lunch in our individual home offices. Now that it is summer, I will swim every day before or after lunch and then it is back to work for the rest of the afternoon. Work is almost 100% SQL Server related for both of us, which we love, but lately my focus has been on BI and reporting. Anything that we can do from home that is flavored with SQL Server in one way or another makes us happy.

When did you come to this area? 1969 (born), 1988 (back from the Okinawa gig), 1999 (back from Mississippi which was where the next big DBA move happened to be) and 2016 (back from Orlando after 6 years at Disney). Pensacola has a vortex that makes it impossible to move away for more than 8 years.

When and why did you decide to help as a volunteer leader? We have been doing this since 2008. We love doing it. We are community driven. It is just in our blood and we love the comradery and networking. It is a selfless and selfish endeavor all at once and we will continue to do it because we love Pensacola and the people here. They are all the nicest people on the planet. Well, except that one guy. 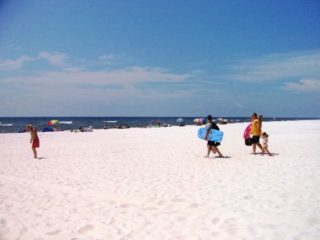 What is the IT community like there? It ranges from government to military to software development to healthcare. Like most small- to medium-sized cities with a strong military presence, we have a broad range of technology specialists who unfortunately may eventually move away. But they will be back in 8 years!

What do you recommend someone do in Pensacola, if they came to town on their own #sqlvacation? The Naval Museum is great for those interested in aviation and the Blue Angels. Of course the beaches are a must. Dinner one evening at The Fish House in downtown Pensacola. At the end of the trip, visit Joe Patti’s Seafood market. It is a must see! Bring a cooler, so you can load it up with some amazing, fresh seafood and other delicious good eats!

What do you and your family enjoy doing in the area? Well, a bit of a hidden gem is Johnson Beach [shown above], out in the Perdido Key area. This beach has some of the softest, white sand and they allow primitive overnight camping, which we just love along with fishing offshore there. The moon seems so much larger and brighter out there. Very serene and a quick get-away from it all.

Don't Forget about the #SQLVacation Contest!

Have you set your vacation plans for the summer? If so, share them with the #SQLFamily community and on social media using the hashtag #SQLVacation! And don't forget to fill out the entry form at the contest page for additional chances to win more prizes.

Now until July 21st, earn entries in our #SQLVacation raffle by coming to one or more of the events on the speaking tour. Share your photos using the #SQLVacation hashtag to be entered to win a SQL Sentry messenger bag. The winner will be crowned on July 29th. User group attendees will receive exclusive SQL Vacation koozies too, while supplies last.