Of the hundreds of cities that I've visited around the world, Chicago is one of my favorites. The food. The museums. The architecture. The scenery. It's all good - except for those outrageously cold winters. So I was really excited when my family agreed that they'd enjoy spending their summer vacation in the "Second City" as the midpoint for the #sqlvacation speaking tour. (Don't forget that the contest component of #sqlvacation lasts all summer long. You've got plenty of opportunity to win through July 31st).

While I'm working, the Horde will visit Navy Pier, Art Institute of Chicago, the Bean, the Museum of Science and Industry, Shedd Aquarium, 360 Chicago, and do an Architecture River Cruise.

One of the great things about being active in PASS and the broader SQL Server community are the interesting and inspiring local user group leaders. Chicago has a rich history of contributing to the SQL Server community. For example, Rick Bolesta from the Lyle, IL area served on the PASS board of directors for even longer than I did (13 years, iirc), acting as the board liaison for founding sponsor, CA. And I'd be remiss not to point out that PASS was founded on the concrete banks of the Chicago River under the aegis of the association management company Smith Bucklin.

The Thursday evening session at the Chicago SQL Server User Group meeting is completely sold out. (Of course, the meetings are free. But you know what I mean). I am presenting two of my sessions there - Ten Query Tuning Techniques Every SQL Programmer Should Know and Top 10 DBA Mistakes on SQL Server. If you can't attend, why not go ahead and download the slide decks now from my page on SlideShare! Let's learn a little more about the current leadership team in Chi-town, Frank Gill and Bob Pusateri. 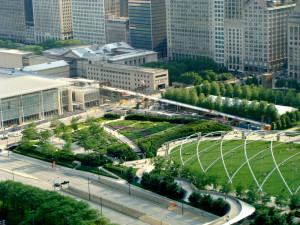 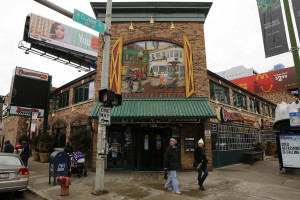 On behalf of the entire SQL Server community, I want to say thank you to Frank and Bob for their volunteer spirit. Were it not for hardworking and unsung heroes like them, SQLFamily simply would not exist.

So how about you? Are you active in your local PASS chapter? If not, consider attending your next chapter meeting. They're all posted online at the PASS Local Chapters web page.

The #sqlvacation includes both a contest running through July and the live events at the eight PASS chapter meetings. Get in on the contest! One out of 25 entries wins. Check out all of the details at SQLSentry.com/SQLVacation.