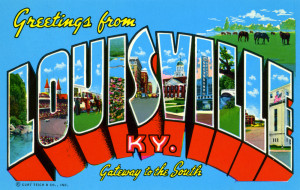 Along the banks of the mighty Ohio River, in sight of the shores of Indiana, lies beautiful Louisville, KY. Louisville is a city with whom I've long felt connected. (No, not because I drink bourbon, although that's a pretty good reason to like the place, come to think of it). It's because my brother, five years my senior, earned his graduate degrees in one of the city's fine universities and worked there as an English professor for many years. Whenever I had a spare weekend, I'd load up the family, pop a cassette into the car stereo, and make the ~3 hour trip north to the Bluegrass State to visit my brother, sister-in-law, and nephews. Good times for sure.

Even after my brother relocated to Anchorage, Alaska (It's a long story, trust me), I still visited Louisville at least once a year for their annual SQL Saturday. In fact, this year was the first year I've ever missed the event. And that's only because I knew I'd be there for this event!

It's well known that Clark Griswold is a big fan of every bit of kitschy Americana on his family vacations. Some fun things we're going to try to see for our #SQLVacation include: 95% of the world's bourbon whiskey is made in the state, as are 90% of the disco balls sold in the USA. Over 100,000 mint juleps are served during the Kentucky Derby and Kentucky Oats events. The world's largest baseball bat (120 feet tall!) is the replica of Babe Ruth’s 34-inch Louisville Slugger bat weighing in at 68,000 pounds, is made of steel, stands 120 feet tall and is located at Louisville Slugger Museum. GQ magazine ranks Louisville as the 'Manliest City' because of bourbon, baseball, and horse racing.

If you're in the area and are interested in hearing my presentation, then be there early. They've already got a "sell out" crowd. I'll be there around 11:00 AM for an 11:30 AM starting time. The topic is going to be decided there by vote. It's a toss-up between (click the links below to download the slide decks): 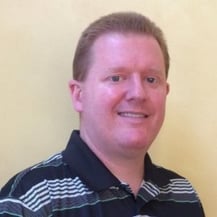 So let's get to know the city even better by talking with Dave Fackler, the lead for the Louisville PASS chapter (Dave's responses are in italics): 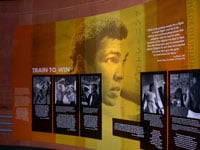 How about you, dear reader? Have you ever visited Louisville, KY as a tourist? Tell us about it using the #SQLVacation hashtag on social media! If you've entered the contest, every #SQLVacation tweet or post you put out is a raffle entry! One in every 25 entries wins, so get in there and share your #SQLVacation with the community.