Get in on the New Webinar Series, "Who Wants to be a DBA?"

Over the years, I've found myself frequently hanging out after a conference session, answering questions and helping folks learn about the DBA career path. Many developers, system administrators, and even IT novices know how prominent data is in this day and age. And the DBA career path continues to catch the eye of many people who want a lucrative career that's in high demand, now and for years to come. During the week of February 29th, my SQL Sentry colleagues and I kicked off a new series of webinars called "Who Wants to be a DBA?" to help carry the discussion forward in a more comprehensive way. I think of this series as a "brain dump" for all of the career advice I'd give to an aspiring DBA.

Last week's session was all about the roles and responsibilities of the DBA. While we did talk about the technical core competencies of a DBA, the session included many aspects of the interpersonal and soft skills needed to excel in the job. In fact, that's something you can count on getting in each of these webinars: a balance of advice on both the hard technical skills you'll need, as well as the soft interpersonal skills essential to propel to the highest levels of the career path.

Missed the live "Roles & Responsibilities" webinar? No problem! Watch the video anytime, at https://www.sentryone.com/resources. Want to get the slides? Download them from SlideShare. 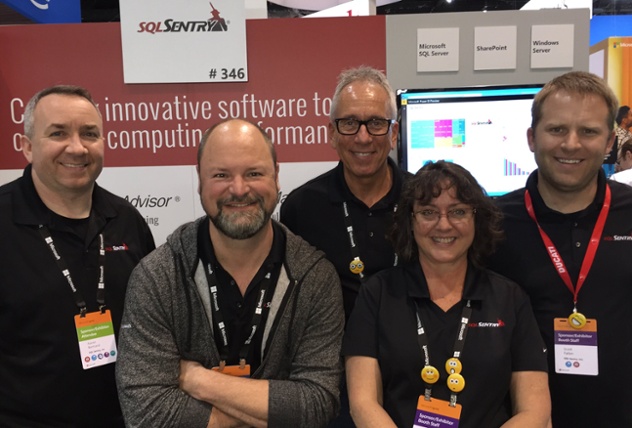 We've got quite a few planned in the near future, with an expected cadence of one webinar every other week, when possible. You might even call it a curriculum of sorts encompassing a variety of our best advice for the aspiring DBA. Have a question about being a DBA? Let us know, and we'll try to get it worked into the program!

Our next session is set for Wednesday, March 16th, and is called "Step Up From Accidental to Professional DBA." The abstract is:

This session teaches accidental DBAs seven principles that, once learned, move you out of the "accidental" terrain into the realm of the solidly professional DBA. There will be plenty of demos as we show you how to perform key DBA functions that raise your profile and improve your core competencies. These seven rules of thumb, along with the reusable scripts from the session, are useful for any DBA, as well as for developers and system admins who have DBA responsibilities without any DBA training.

We're doing the session live at TWO separate times to accommodate a worldwide audience. Click on the link below to register for the session that's best for you:

I hope to see you there! Best regards,