Like many people, I spent some time over the past week or so reflecting on 2016 and thinking about what’s ahead for 2017. I’m not one to make resolutions; yet, I do like to set some modest goals that I can meet throughout the year. I set up some vague long-term goals (like a five-year plan or retirement) and fill in specific details year-by-year.

If you're curious about what I'm doing, please read on. This is actually a detailed list of reflections and goals, not an existential crisis.

Last year, I wanted to organize a SQL Saturday, take some sort of a class, speak at an event, buy my first house, visit a new Canadian Province, read at least 52 books, and get a dog. Please note that I don’t consider “buying a house” to be a modest goal, but the previous (many) years included goals for saving a down payment and paying off specific student loans to make it reasonable for me in 2016. It’s an example of filling in the details for a long-term goal (one I started to doubt I would ever reach).

In April, I worked with Kevin Kline (b|t) to present my first webinar. It wasn’t exactly “speaking at an event,” but it was a new experience, and an honor that Kevin asked me to do it. His encouragement was essential, and helped me believe that I should submit to speak at a conference later in the year.

I found a house and the closing date was in the middle of May, but the sellers needed to close earlier, and that created a small amount of drama. As you may know, I work remotely and live in the Portland, Maine area. We moved the closing to the same day I would be flying home from an office visit in Charlotte. The sellers were moving out of state right after the closing. There was a tiny window between travel plans that would allow this to work. It would work, right?

The weather was fantastic the day of my flight, no travel delays, and we boarded on time, perhaps even a bit early. Then we sat on the plane. There were about five announcements of “Just a slight delay folks, 15 more minutes” and something about “a flat tire” before we finally departed. In the end, I somehow managed to make it to the closing only one minute past the scheduled appointment.

I moved into the house in the middle of May, only weeks before SQL Saturday Maine, an event that I was organizing. Buying a house and moving while organizing a conference is not something I recommend, BTW. It was a full week after the event when I finally felt like I could breathe again.

While settling into the house, I discovered that it came with an adorable chipmunk. I named him Dyson (yes, like the vacuum) and enjoyed having “tea” with him on the deck.

At the end of May, I submitted abstracts to speak at DevConnections. I proposed a regular session on data compression and two panels. Unfortunately, my data compression session didn’t make the cut, but, both of the panels did.

I think I was more anxious about the panels because I had never moderated one before. I kept imagining myself as an awkward game show host, but didn’t want to actually moderate that way. My panels consisted of Tim Ford (b|t), Kevin Kline (b|t), and Allen White (b|t), so I decided I didn’t need to worry; I was working with seasoned professionals and was incredibly appreciative for their willingness to be on my panels.

In September, I took a vacation and spent most of the week in the Muskoka lakes region of Ontario, which allowed me to check “a new Canadian Province” off my list. I’d previously been to New Brunswick, Prince Edward Island, Nova Scotia, and Quebec. Maine only shares a state border with New Hampshire, so we’re rather surrounded by Canada and ocean.

At the end of October, a couple of weeks after DevConnections, I had some vacation time scheduled to catch up on things around the house. Anyone who follows me on social media knows that I was lamenting the fact that a German shepherd rescue wouldn’t let me adopt a dog that I found through Petfinder in July, because I was outside of their distance limit. In October, I tried again when I saw the dog was still available, but it didn’t seem like it was going to happen. At the last minute they agreed to let me have the dog. After driving over 1,000 miles round-trip to bring him home from central Pennsylvania, I had my dog! His new name is Trekker, and he’s amazing! 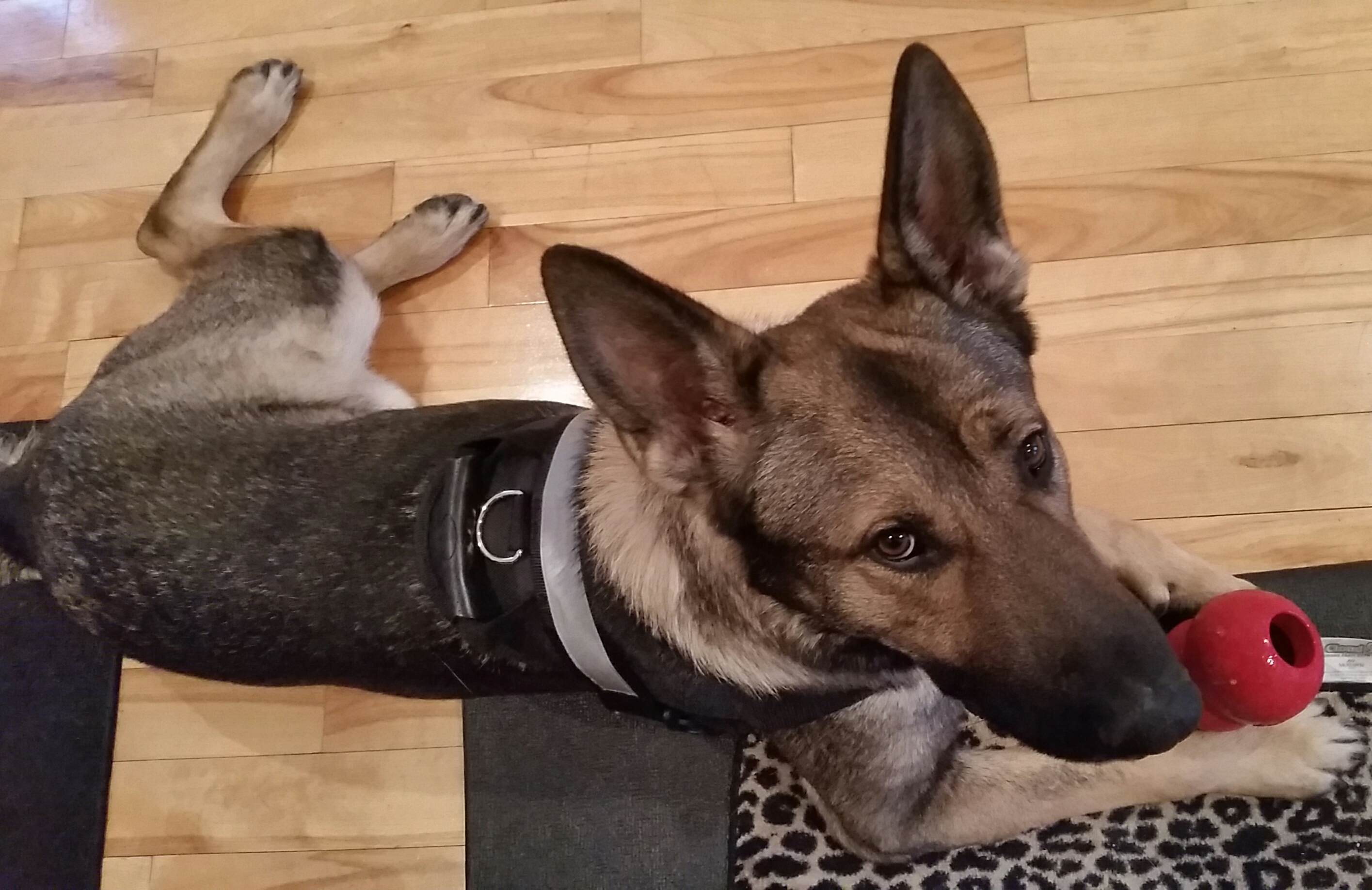 I ended up taking more than one class last year. Not being able to easily commit to a traditional class meeting at set times, I decided to give edX a try. The "Analyzing and Visualizing Data with Power BI" course was useful for helping me better present performance test results and measurements. I also completed a number of courses to finish the XSeries program on "Inclusive Leadership Training." While those leadership courses had basic content to offer, the suggested reading and videos were excellent. Overall, the ideas presented in each course were valuable. In addition to edX, I listened to some courses offered by "The Great Courses." Kevin Flanigan's course, "Building a Better Vocabulary," is particularly enjoyable.

I set and track my reading goals through Goodreads. It's possible that I ended up reading more medicore books in 2016 than in any previous year. "Meditations" by Marcus Aurelius, translated by Gregory Hays was one of the best that I read. There's something comforting about relating to the thoughts of a person who lived almost 2,000 years ago. He had good advice for himself, and others.

So, what do I plan to accomplish this year? I want to take more classes. I'm currently enrolled in the "Implementing In-Memory SQL Database Objects" course offered by Microsoft on edX. That course is part of the Microsoft SQL Database Development XSeries Program. Completing another XSeries or similar Professional Certificate is a goal, but I haven't settled on a topic yet.

I'm learning about and hopefully implementing Columnstore Indexes this year. This is something I am working on currently, in conjunction with that "Implementing In-Memory SQL Database Objects" course. Now that Many Enterprise features are now available in Standard, Web, and Express editions of SQL Server, I want to explore some more of those in-depth.

I've wanted a good topic to present at Maine PASS, the SQL Server User Group that I run. I think the aforementioned features make great topics to visit or revisit now that more businesses can actually implement them. Speaking at my own user group is a 2017 goal.

Exploring Newfoundland and Labrador has been on my list since I was a kid. I'm hoping to finally cross that off this year, the Newfoundland part of the province anyway. Some people like the Caribbean, and some people are members of the Pale Force. I'm crepuscular at best in those sunny areas of the world.

This is a simple goal. 2017 is the year I learn how to make macarons (not to be confused with macaroons).

After making some regretful book choices last year, I've lowered my goal to 48 books in 2017. My aim is to read more carefully-vetted, better-written books this year.

Trekker will also be taking classes this year. He was not well-socialized with dogs (think "Helper Dog" from Hyperbole and a Half if you're familair with that book/blog) or exposed to common situations (i.e. people wearing hats) during his first couple of years. One of the most important goals I want to achieve this year is being able to go for a walk without him barking at everyone. Then we can move on to the fun stuff, like agility and nose work.