I use Visual Studio for performance testing and overhead analysis with the SentryOne products. Currently, I have Microsoft Visual Studio Enterprise 2015 Version 14.0.25431.01 Update 3 installed. Since the first edition of 2015 (possibly even Visual Studio 2013), I've received a LoadGeneratorLocationError during each Load Test execution.

Since I am running the test locally, this error is noise. Furthermore, no one wants to see an error in an otherwise successful test. It simply ruins the final results report. In addition, when the Load Test was created, "On-premise Load Test" was selected, which makes this frustrating. Possibly more frustrating is that it's called "On-premise" when you get started in the New Load Test Wizard. 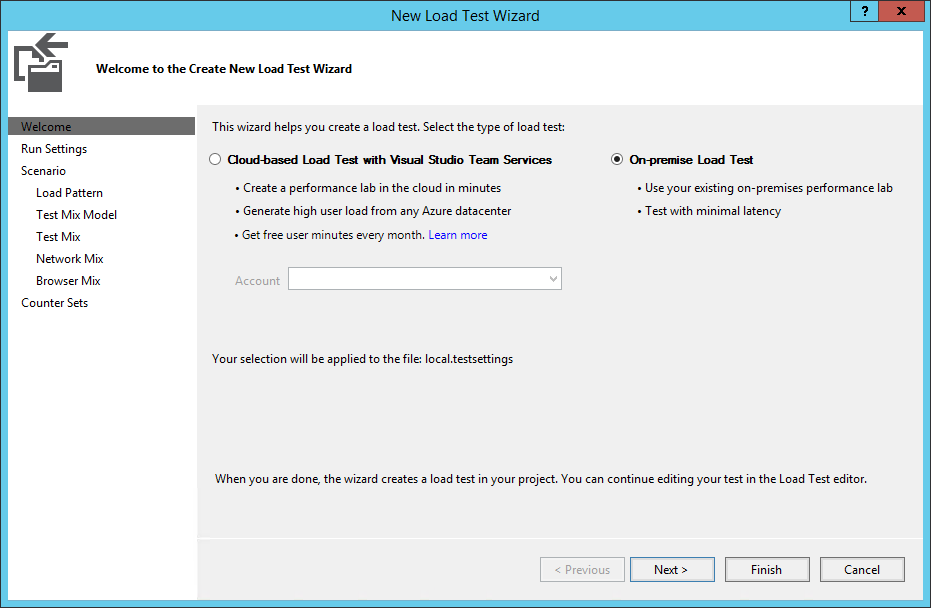 I continued through the wizard and created the example Load Test shown below.

First, if I right-click on the Location --> Default I have only the options to "Set Location for Cloud-based Load Tests" or go to "Properties". As you may have noticed in the image above, there's not anything I can set for "Properties" as-is.

Due to the emotional stress caused by this error appearing on all of my results, I sought a way to make it disappear. So far, the only way I know how is to edit the LoadTest as an XML file.

First, right-click on a .loadtest file in Solution Explorer and select "Open With".

Second, select the XML (Text) Editor in the "Open With" window. 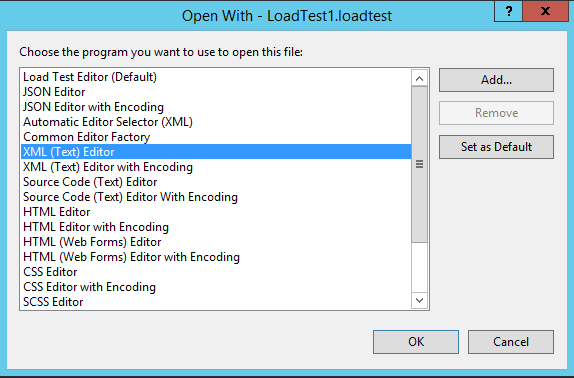 Then, find the "LoadGeneratorLocations" tag, and delete the three lines I have highlighted. They should be located near the end of the file. 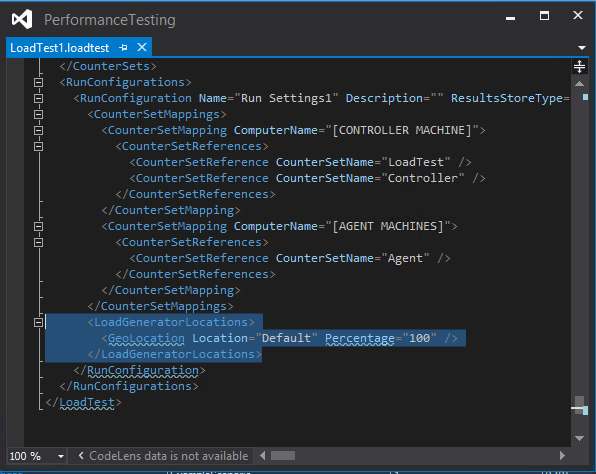 Next, click the Save icon and close the XML window. 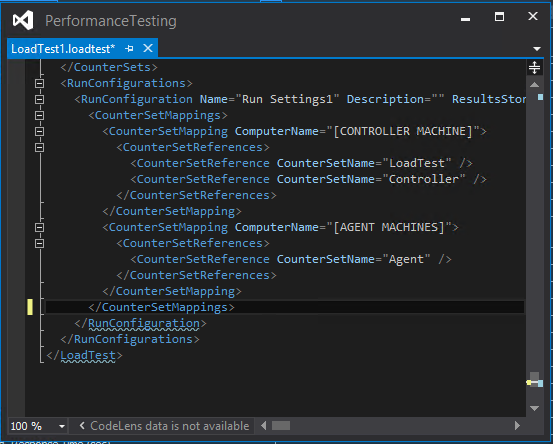 Finally, right-click the .loadtest file again in Solution Explorer and Open With "Load Test Editor (Default)" so it opens normally instead of with the XML Editor going forward.

Now, when the test executes, there are no more errors (well, not any for LoadGeneratorLocationError anyway).

Fantastic! That's what everyone wants to see at the end of a test.

I hope this workaround is useful. Even more so, I hope Visual Studio 2017 requires no workarounds to avoid this error.