When Does it Pay for a DBA to Have an Associate Degree?

I wasn't planning on posting a blog about Brent Ozar's 2017 Data Professional Salary Survey. However, I imported the data into Power BI, shared an image on Twitter, and here we are. Let's see what interesting intelligence we can gather from this raw data.

There were survey participants from countries all over the world and across many job titles and primary databases.

Tables of the Raw Data

I added a report-level filter to provide some cohesion and statistical significance to the results. The charts shown in this post will be limited to the United States and Microsoft SQL Server. I limited Job Titles to those with at least 50 respondents. Students were removed because there were only three of them.

College Degrees by the Numbers

Before we continue, I would like to point out that most of the respondents have a college degree. A solid 85% of participants in the United States have a degree, with more than half having at least a Bachelor's degree. I think this is important because while the pay might not always indicate that a degree matters for salary, it might matter for even getting into the industry. Not all companies will care about your degree, but it's possible that others might not often open the door for you otherwise. My opinion is that the true value of a college education can't be judged by salary alone. 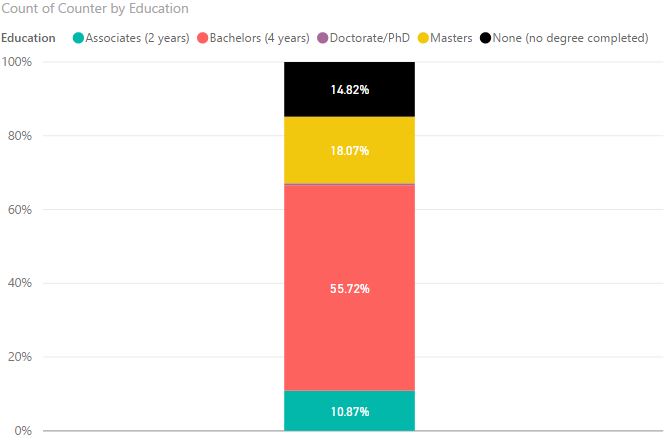 
When Does it Pay for a DBA to Have an Associate Degree?

My first tweet brought some jokes about leaving Associate Degrees off of resumes because one might be paid less for it. I responded that it probably depends on how you slice the data, which led to the Freakonomics-style title of this post, "When Does it Pay for a DBA to Have an Associate Degree?" It turns out that, if someone works for the Federal government, a computer-related Associate degree might really pay off. 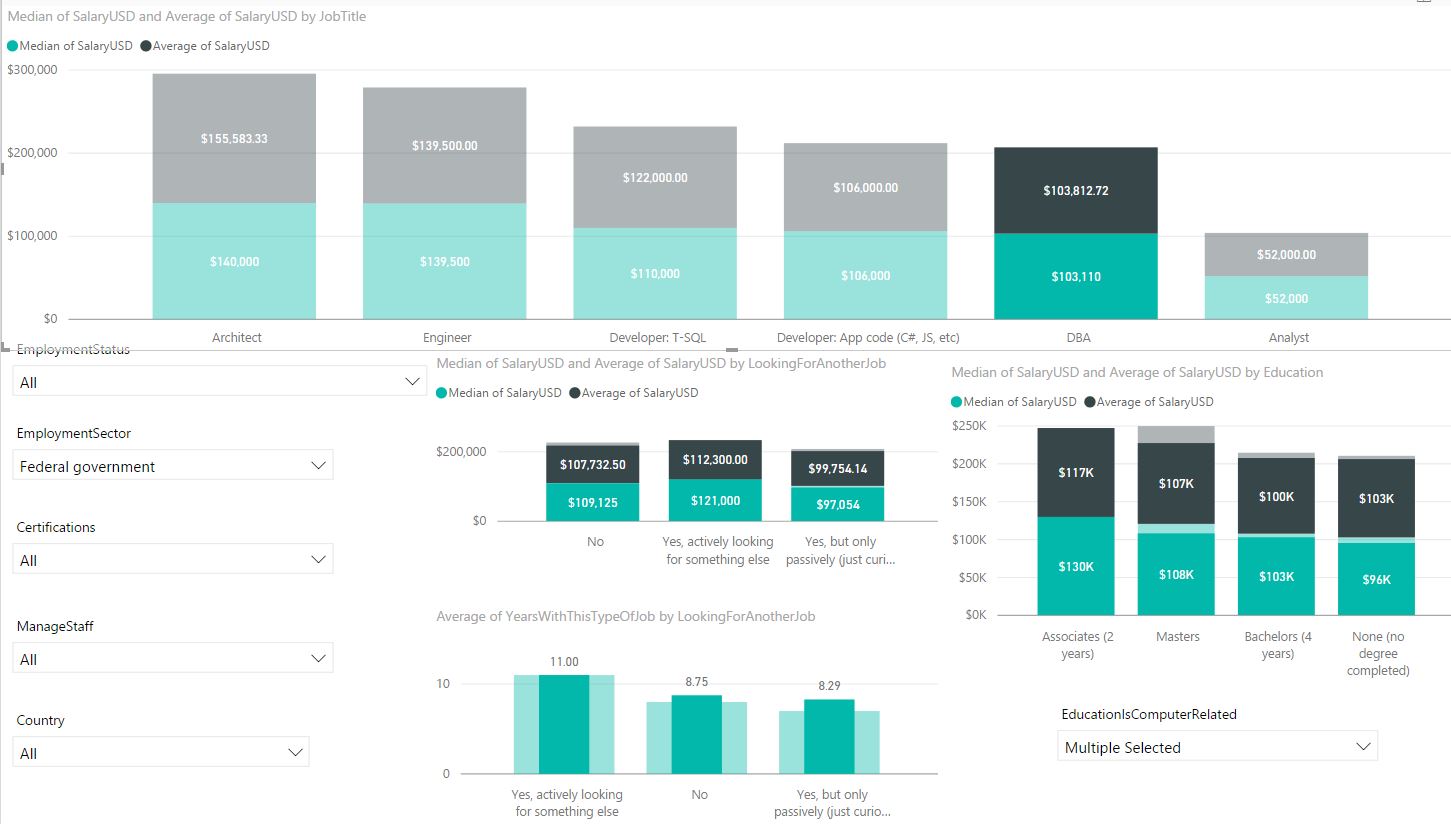 DBA Pay in the Federal Government

Managers with degrees in this survey do much better when their degree is not computer-related. I don't find this surprising, do you?

First, we see that managers without a computer-related education have an average salary of about $169K and a median of $127K. 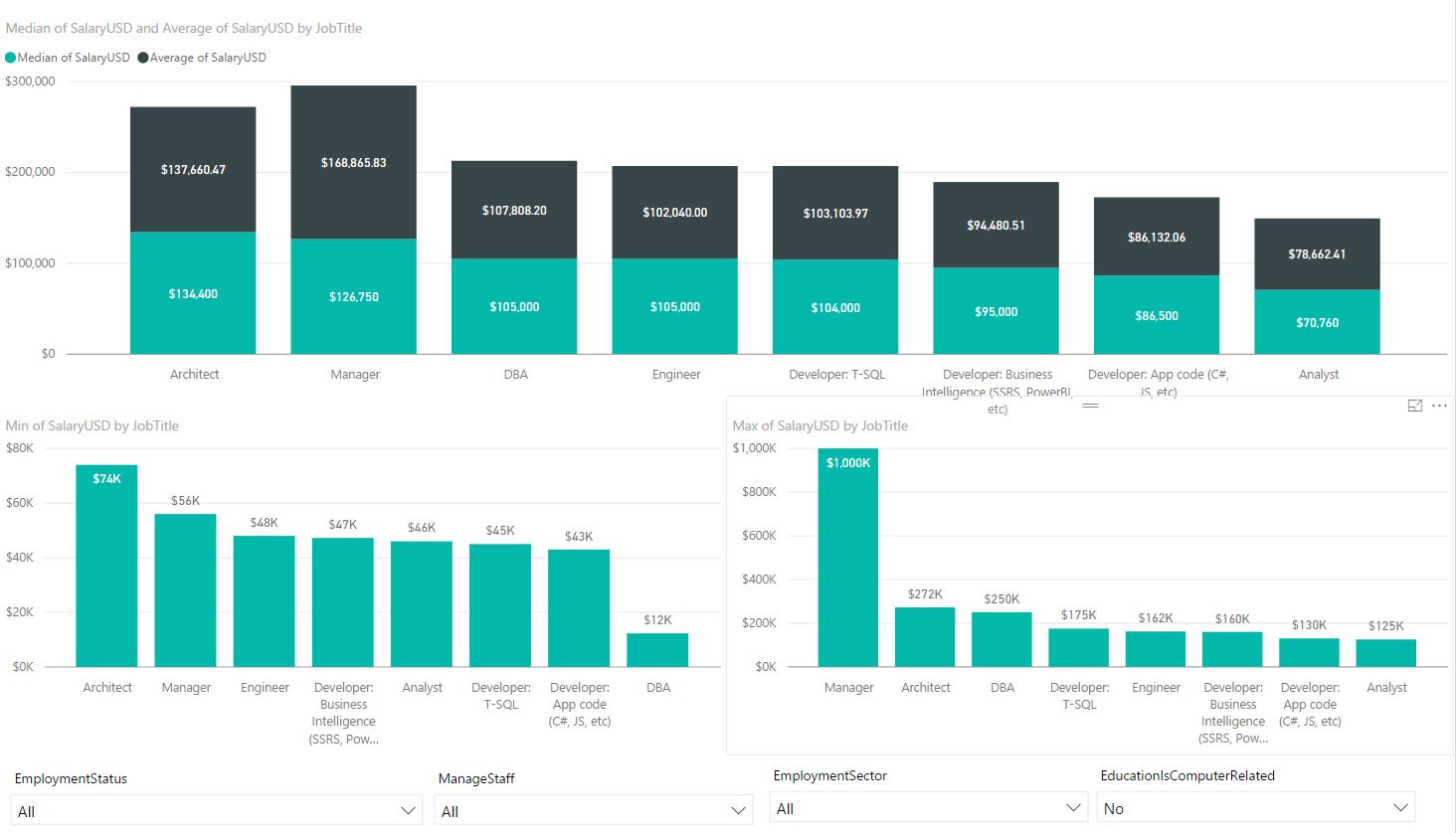 Next, we see that managers with a computer-related education have average and median salaries right around $115K. 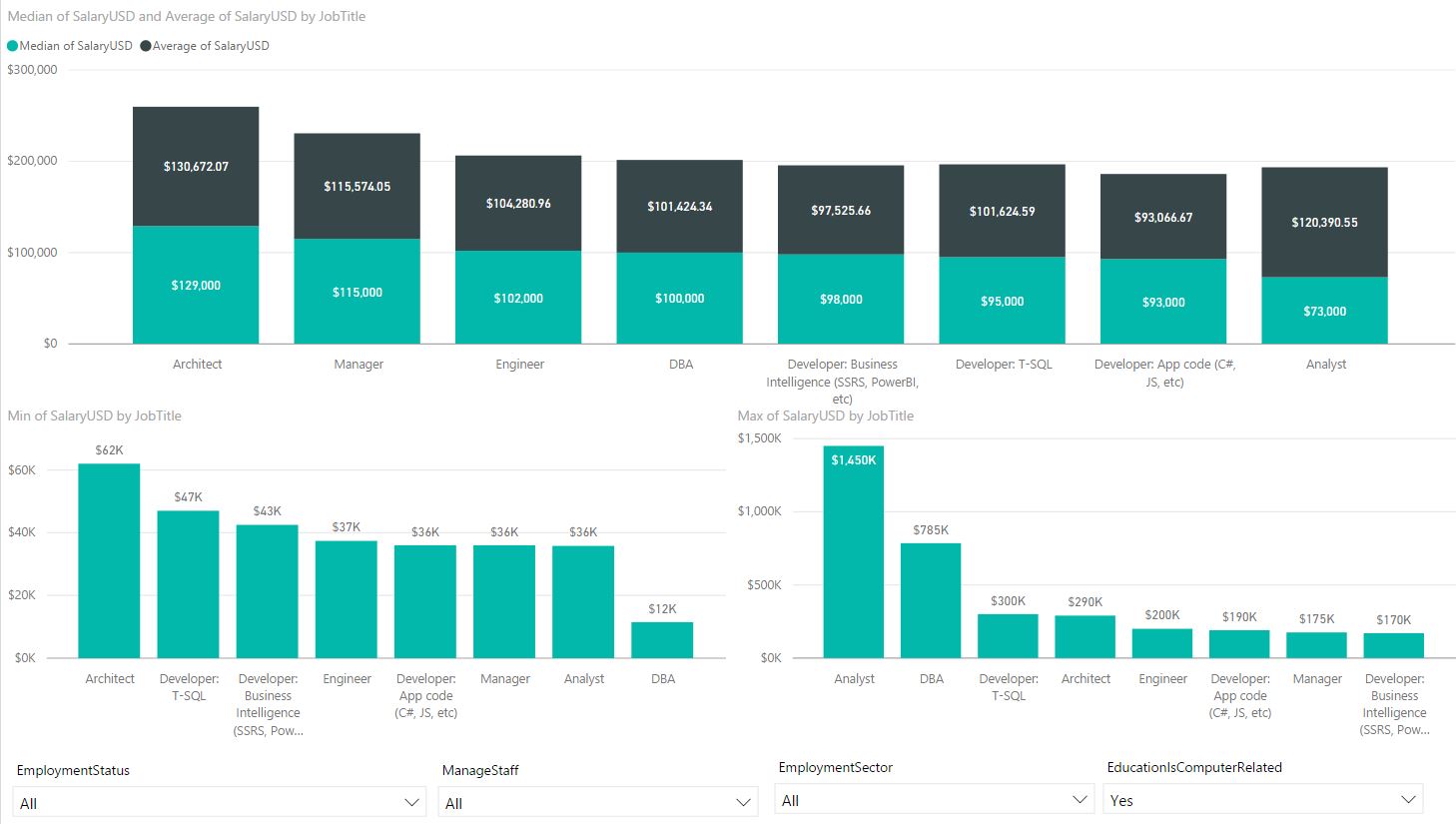 Who Wants a New Job?

Another thing I noticed when playing with the data last night was that people more actively seeking jobs had 8.5 years of experience in their current job; those who were not actively seeking had around 6.5 years in that job. That made me wonder if there was anything else that might stand out among the more active job seekers. 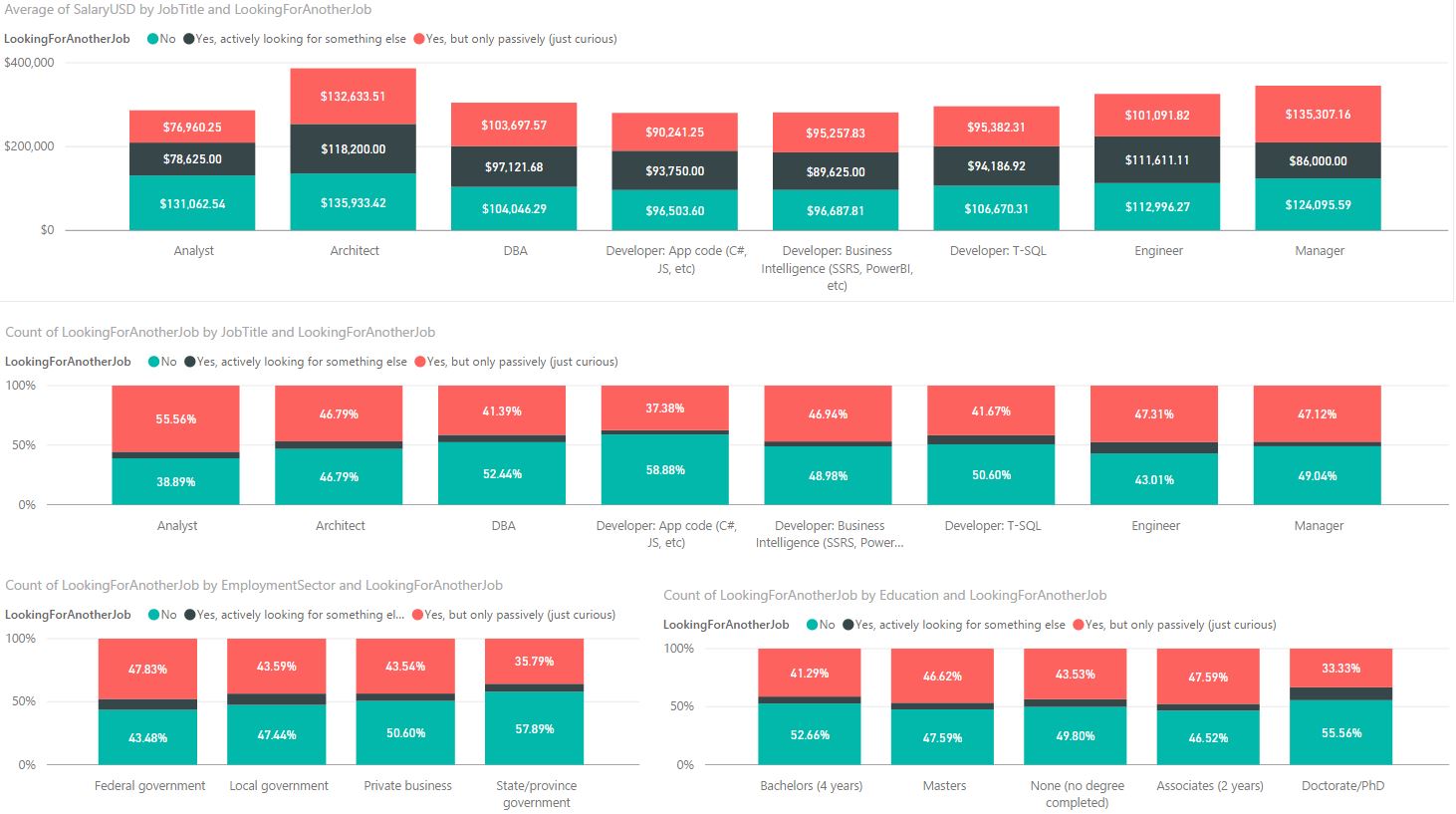 Who's Looking For A New Job?

You'll see in the chart above that those actively looking for new jobs have an average salary less than those who are not looking at all. This pay gap is large for some job titles such as Analysts, Architects, T-SQL Developers, and Managers. Maybe those people don't feel they are being paid fairly, or perhaps they realize they are not in the right jobs for their skills and passion, which is reflected in their salary? Perhaps it's a combination of those people; we can't tell. Analysts, by far, appear to be the least satisfied, with under 40% of them not looking actively or passively for something else. Application developers might be the most satisfied with their current jobs. Employees working for the State appear to have a good thing going on as well.

I created my Power BI report last night just to have some fun with the data and see what it looked like when I 'sliced' it. If you read my recent post, you'll know that I'm new to Power BI and still learning what I can do with it. If you'd like to use/modify/expand my Power BI report, you can download it here. I wouldn't mind seeing some visualizations that include years of experience by brackets of years, for example.