Native SQL Server Backup Types and How To Guide

When a disaster occurs, the ability to successfully restore SQL Server databases is fundamental for avoiding data loss. It’s not enough to rely on hardware and software technologies to replicate data because these technologies can go wrong or there can be multiple failures during a disaster, meaning you have to rely on backups to recover. SQL Server allows multiple types of backups, and a multitude of options to use with those backups. This article will give you primer on the most important SQL Server native backup types and options, and a future article will cover restoring backups.

Full backups are the most common type of native backup in SQL Server and can be performed at the database, filegroup, or file level, although it’s most common to perform a full database backup.

A full database backup is exactly as the name suggests; a complete backup of all the data in the database. A full database backup also contains enough of the transaction log to be able to run recovery as part of the restore, allowing the database to be restored to a transactionally-consistent point. Note however, the backup only contains the portions of the data file that are actually being used. For example, a database that is 250GB in size might only have 50GB of data in it, so the data portion of the backup will only be 50GB.

You can use the GUI in SQL Server Management Studio to perform a full database backup, or just use T-SQL. I prefer using T-SQL for better consistency with issuing backup commands.

It’s a good practice to include a date and time in the backup filename, and what kind of backup it is, and if you’re writing a script to perform backups as part of a SQL Agent job, you can construct the filename programmatically. Note, the three letter file type can be anything you want, but it’s common to use .bak or .bck.

What if you need to write the complete full backup file to two or more locations? An example of this would be if you want to write the backup files locally and to your HA/DR server at the same time. You could do it in a two-step process by performing the backup locally and then using another process to copy the backup to the HA/DR server, but SQL Server includes the option to mirror backups to up to three copies. A limitation of using mirror is each location must be the same media type, meaning you can’t mirror to disk and tape or to disk and a URL. An example of a mirrored backup is:

Similar to full backups, native differential backups in SQL Server can be performed at the database, filegroup, or file level, and it’s most common to perform a differential database backup.

Differential backups are often used by organizations to help reduce the overall backup storage requirement by reducing the need for nightly full backups and this works well for databases with moderate daily data change. Consider a database that is 250GB in size and results in a 100GB full backup. A nightly full database backup would take up 700GB of storage to maintain seven days of backup retention of just the full backups. Now consider approximately 5GB of data changes in that database daily. If you made a full backup on Sunday and differential backups Monday – Saturday, your backup sizes should measure 100GB on Sunday, 5GB Monday, 10GB Tuesday, 15GB Wednesday, 20GB Thursday, 25GB Friday, 30GB on Saturday. For the entire week, you’d have about 205GB of backup files compared to 700GB with nightly full backups.

To perform a differential backup, you must add the WITH DIFFERENTIAL clause to the BACKUP command. Using our previous backup statement for the full backup, I add the differential clause and change the backup type in the name. For example:

The syntax to create a transaction log backup is similar to that of a full backup, however since we’re backing up the log and not the database, you need to specify log as the backup type. For example:

An example of a full database backup with COPY_ONLY is as follows:

It’s also possible to use the COPY_ONLY clause for transaction log backups, but they’re typically not necessary, so I won’t cover them here.

The WITH clause is used with the BACKUP command for cases where there are additional backup requirements, as you saw above when I described DIFFERENTIAL and COPY_ONLY backups. Here are some other important options:

Which SQL Server Backup Strategy Is Best For Your Organization?

Backups are crucial for recovering an organization’s data, especially when you consider data is one of the most important assets an organization possesses. Understanding the native SQL Server backup types and ensuring you have the proper backups to meet your recovery objective can mean all the difference in whether an organization survives a massive failure.

A common backup strategy is to have weekly full backups, daily differential backups, and log backups at 15- or 30-minute intervals. Your mileage may vary, as the saying goes, depending on the downtime and data loss requirements of your environment, but now know you the various backup types and options you’ll need to start putting together a backup strategy.

SolarWinds® SQL Sentry can help provide a fuller picture of the health of your environment with the ability to monitor AlwaysOn Availability Groups and SQL Server performance alongside other key metrics. Additionally, with powerful visualizations built-in, you can use SQL Sentry to quickly identify the actions needed to resolve and more easily stay ahead of crucial health issues. 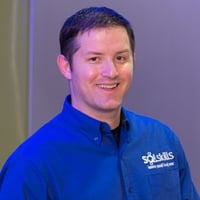 Tim is a Principal Consultant with SQLskills, and has worked in a variety of roles, including DBA, Lead DBA, and multi-department manager. He is a SQL Server MVP, has a whole collection of Microsoft and other industry certifications, and is very active and passionate in the SQL Community.