Growing up in Dayton, Ohio I was a huge fan of TV Westerns. Some of the greatest Western movie stars, like Clint Eastwood, Sam Elliott, Paul Newman, Robert Redford, and John Wayne, were my heroes for their swagger, bravado, and unstoppable ability to beat the bad guy and save the day. One of the most common phases in that genre of film was “Howdy Partner.” It was meant as a form of introduction or greeting between cowboys. It was revered for its brevity but understood by all other cowboys for the depth it provided to those in the same position or place in society. 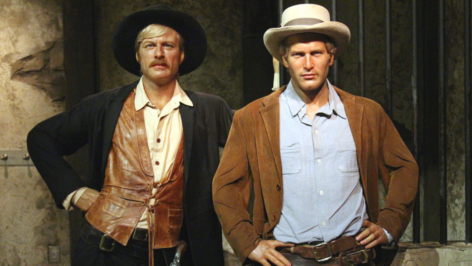 As SentryOne pushes into the second quarter of our global efforts to recruit, train and support channel partners, this phrase has come to mean quite a few different things to me.

First, everyone has their battles to fight and challenges to overcome. For most channel partners that can be the challenge to grow their business, enter into new professional services offering, and just keeping up with the rapidly changing technical environment of their clients.

Second, you have to resist the urge to try and fight it out on your own. All good cowboys knew they need a “posse” that they could depend on to help them prevail against their foes. Typically they were out-gunned and times looked bleak and desperate.

What does the typical Western plot that I have explained above have to do with the SentryOne Channel program? The SentryOne Global Partner Network offers a flexible, yet focused program, for arming resellers, referral partners and managed service providers with the licensing models and powerful tools to be victorious in the battle against poorly performing MS Data platform environments. Whether it is the clients need for developer tools to efficiently audit, monitor, test, and document during the development cycle or the need for end-to-end proactive performance tuning if the data professional, SentryOne has you and your clients covered. If the “Bad Guys” are on-prem, in virtual environments, or in the Azure/AWS cloud, SentryOne can give you the visibility to save the day.

Our solutions are backed by the best and the brightest in the industry. Having 7 Microsoft MVP’s and countless other industry experts on staff, SentryOne provides the best back-up a channel partner can ask for. The combination of our collective expertise and our deep insights provided by our software, combines to give our partners the winning combination to fight off their competition and protect their client’s ranch… um… I mean data environment.

Interested in learning more about the SentryOne Global partner Network, drop us a line at partners@sentryone.com and say Howdy Partner.