Restoring an AdventureWorks Database on a SQL Server on Linux Container

I find myself continually needing a database to execute tests, generate a workload, and more. I typically create an AdventureWorks database since there are plenty of resources for it. This need pushed me to create a container with AdventureWorks preconfigured to just spin up a new version when needed and then discard it when I was finished. I was initially going to build it from the installations scripts, but there are a few commands in the script that aren't supported on the Linux platform. That left me with restoring from the backups provided. We will be using SQL Server 2019 and the AdventureWorks2019.bak. Let's get started building a AdventureWorks 2019 container.

To follow along with this blog post, you just need Docker installed. Learn how to install Docker from the official docs located here. This blog post was written using Docker Desktop for Windows.

The first step is to create a Dockerfile and define the base image you want to use. In this example, I'm going to use the mcr.microsoft.com/mssql/server:2019-CU5-ubuntu-18.04 image.

We are going to set environment variables for accepting the EULA and setting an SA password. This isn't a production approach and shouldn't be used outside of creating images for testing purposes.

Now, set the user to the mssql user so that the restore is executed with the user that will be running the SQL Server process. This ensures that file permissions are correctly configured.

Then, download the AdventureWorks2012.bak file and place it in the same directory as Dockerfile. You will copy that file into the folder structure for SQL Server. This creates a new directory called backup.

With the backup inside the container, you can restore the database. First, you need to make sure that SQL Server has started. Once it has started, you can execute the SQL command to restore your database and log file. In the case of the AdventureWorks 2019 backup, the logical names did not match what was expected, so I had to use the FILELISTONLY command on the backup first to determine the logical names. Keep that in mind if you run into any issues restoring your backup.

Once you have the backup restored successfully, you will need to add the SQL Server's execution back for good measure.

Here is the completed file.

Now you have a complete Dockerfile that you can use to build a container that will have the AdventureWorks 2019 database ready to use. Build your container using the following command.

You finally have a container that you can run.

Your container has been built successfully, and now it is ready to be used. You can run your container by running the following command to map the port you want to use, the container name, and the hostname. The port you are using is 1633, so it doesn't conflict with any running SQL Server instances on the machine running Docker.

You can verify that it is running with the following command.

It's running, and now you can connect to it using Azure Data Studio to verify that the database and data exist. Here is the connection info. 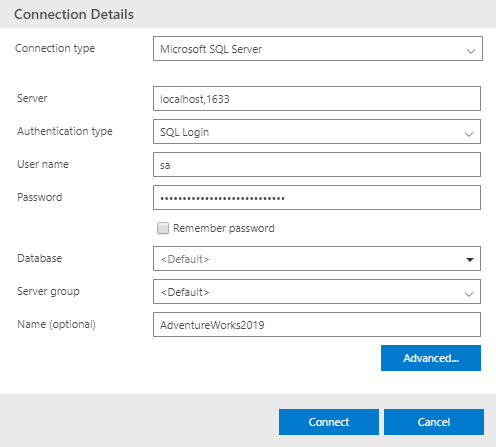 You should now be seeing the server's home screen that shows it is running on Linux and has the hostname set correctly. 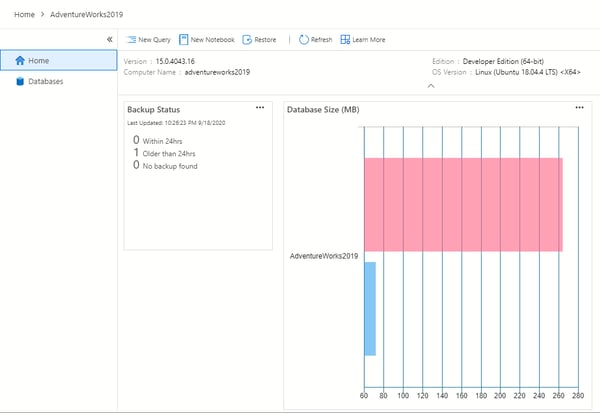 Finally, you can query some data to see that it all works properly. 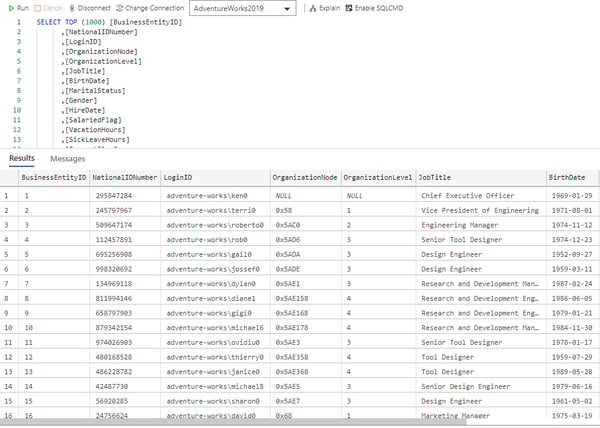 Now that you know how to restore a database and create a new container with that database, you can take that back to your internal processes. I use these to have a fast, local database that is easy to start and stop. This approach can be leveraged to build databases for automated testing, testing schema migrations, testing your applications against newer versions of SQL Server, etc.

An Alternative Approach to Building the Container

Alternatively, you could just download the file directly from GitHub as part of the Dockerfile instead of copying it from your local filesystem. Here is an example doing just that. There are a few more steps required.

This approach can be useful if your backups are available over a URL or you just want to hand a Dockerfile to someone. 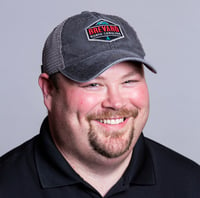