Retrospectives: Do We Need Them? 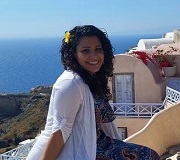 Depending on whom you speak with, the word retrospectives (aka retros) might elicit a shrug, laugh, smile, nervous twitch, or even an eye roll. Some of you can probably think back to at least one retrospective in which everyone sat in awkward silence for what felt like an eternity before someone finally broke the silence with a few words and the meeting was adjourned, relief visible on everyone's faces. Or you might recall times in which teams simply went through the motion of having a retro because they were asked to or thought they had to because, well, the teams are “agile.”

The perceived value of retros is usually hit or miss in my experience, and many people have heard horror stories or experienced them firsthand and lived to tell the story. In my opinion, excluding daily scrums/standups, the retrospective is one of the hardest scrum ceremonies for teams to get acclimated to and the one that I get questioned about the most. Retros can be awkward and challenging, especially in the beginning. So, are they genuinely worth the time and potential suffering?

If I am being honest, I have asked myself whether retros are worth it on more than one occasion, especially when I first started out as a Scrum Master. Spoiler alert for those of you who are hoping for an unexpected, controversial take on the question—I don’t think the answer is a flat out “no.” That said, I don’t think it’s a flat out “yes,” either. My response is more of a “Yes, if…”, which brings me to the intent behind this blog post. I want to share some lessons I have learned along the way that have helped shape my response to that question for those of you who are just starting out as a Scrum Master and are finding yourself asking the same question.

Change Is Not Easy

Change, while it might end up being great, can be tough. Each person has their own way of dealing with change and that takes time. That’s especially true when the change requires introspection as an individual as well as a collective unit.

Speaking from my personal experience, my not-so-great retrospectives with teams were a result of a variety of factors, such as:

Try to understand what motivates each member of your team and why someone thinks or feels the way they do. Then, adapt retros based on that information. Change isn't easy. Finding the best way to help your team through that change won't be, either, which leads me to the next lesson I learned.

There Is No Magic Formula

It is no surprise that what works for one team does not always work for another. Each team is comprised of unique individuals who have different motivations and preferred methods of working and communicating with others. There will even be differences within a team that the team will need to learn to work through together.

You cannot force people to be honest and share their thoughts. However, you can and need to foster a safe environment and find ways that work for the team to have those types of conversations. There needs to be a reinforcement of the mentality that the intent is for the team to have healthy and constructive dialogue in the spirit of continuous improvement. Retrospectives are not meant to be just another meeting on the calendar.

There are many different formats and approaches that have been tried and shared that can be used as examples to help generate ideas that might work for you and your team. The key is for the team to find a way that works for them that results in reflection of what has happened so that they can see how that might inform what is yet to come.

It is easy for people to get together and vent about frustrations or obstacles. Sometimes it's needed, and retros should be a safe place to do that. However, if that is all retros become, they lose their value. Make a point to spend time on things within the team’s control, set action items, and revisit those action items so that they are not forgotten and progress is made.

I like to ask questions to spark conversation. It might be about a roadblock the team faced, how well the team dealt with a situation, or a stance about a controversial food debate or movie. See where the conversation goes. It might shed light on how or how not to handle similar situations in the future, provide insight into each team member’s perception of the same situation, or create an opportunity to learn more about each other as a team.

It's great when teams get into a rhythm of working together and become a high-performing team. Leave that team alone for a while and they might veer off course. It’s natural for people to revert to old habits or stop thinking about certain things when it is no longer reinforced or part of a routine.

It’s just as important for high-performing teams as it is for new teams to remain consistent with having retrospectives, even if they occur at different intervals or are shorter in duration. There is always room for improvement or things to learn, so it is important to stick with it. Spending an exorbitant amount of time on a retrospective is not a requirement. Reflecting, thinking critically, and speaking honestly is.

You Get What You Put In

Although it would be nice if there were a secret to how to have an effective retrospective, there isn’t one. Valuable and effective retros are the result of several factors. They require trust and intentional effort from everyone on the team, all of which take time and energy.

Now that I have shared what I’ve learned with you, it’s finally time to officially revisit my response to the question I posed earlier. Are retrospectives worth the time? Yes, if teams understand the value they can provide and find the best way to go about realizing that value. Ask yourself, did we learn something new? Did we do something with that information? I like to think of retrospectives as an investment. The more you tend to them, the higher the probability that you get more out of them. The more you have, the more you can do. 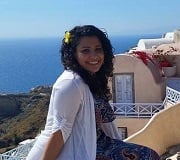 Nisreen is a Scrum Master at SentryOne. She works with Product Engineering and Product Management to coordinate work, facilitate cross-team communication, and manage delivery. Nisreen is responsible for ensuring teams have what they need to be successful and helping to enforce a continual improvement mindset.

A DBA’s Perspective: What Is DevOps?
How Converting to YAML Build Pipelines Can Help Engineering Teams Be More Efficient
The Key to Monitoring SQL Server on Linux Containers with SQL Sentry
Identifying Cost-Saving Opportunities in Azure DevOps
What’s the Difference Between INNER JOIN, the OUTER JOINs, and CROSS JOIN?
SentryOne Document Snapshots in Azure DevOps Pipelines