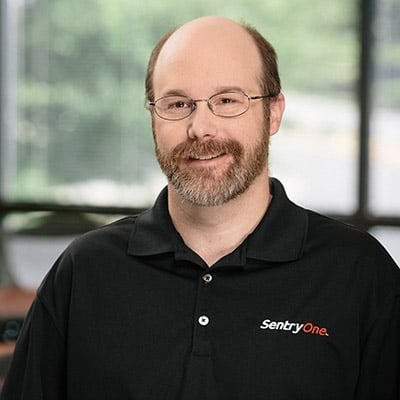 When I first started working with cloud technologies, one of the first questions that came up was around security (typically as it related to the data on a system). There seemed to be some resistance, and rightfully so, to just taking your company's data and pushing it onto a SQL Server that happened to have a direct connection to the internet. So, given that, by default, Azure SQL Database is a Platform as a Service (PaaS) that is just like attaching your SQL Server to the internet, how is security handled?

Have you seen this error message before?

Cannot open server 'someAzureSQLServer' requested by the login. Client with IP Address '74.120.12.123' is not allowed to access the server. To enable access, use the Windows Azure Management Portal or run sp_set_firewall_rule on the master database to create a firewall rules for this IP address or address range. It may take up to five minutes for this change to take effect.

If you have, then you've encountered the Azure SQL Database firewall. This message must be a contender for the most helpful error message ever created by Microsoft. Not only does it tell you why you can't connect, but it also tells you how to solve it! Some of the terms, such as the Windows Azure Management Portal, might be out of date, but let's face it, this error message is so much better than "method ' ~' of object ' ~' failed."

As the error message mentions, you can configure your allowed Client IP addresses using the Azure Portal if you are doing one-off, manual updates. You can also automate the process using the REST API, Azure CLI, PowerShell, or T-SQL. Microsoft documents the process pretty well, so I won't cover it here.

I mentioned that the client IP address that comes in is checked against two lists, but why is that? The allowed client IP addresses can be configured at two different levels, the server level and the database level, which is something a lot of people don't realize. I would venture a guess that the vast majority of IP firewall rules are created at the server level, simply because if you use the Azure Portal, PowerShell, Azure CLI, or REST API–based mechanisms to create a firewall rule, it only creates it at the server level. The only way to create a database-level rule is to use T-SQL while connected to the database.

Server-level rules are great for your administration clients, which need to get to all the databases on a given server, or if you just have a handful of databases and all clients are coming from the same IP ranges. The level you choose is dependent on your scenario but the more fine-grained control, the better.

Now that you understand a little more about Azure SQL Database firewall rules, the following are a few tips for using them:

In upcoming blog posts, I will cover additional ways you can secure access to your data on Azure SQL Database, including Private Link and service endpoints. The second blog in this series will cover how, even with the firewall capability, strong authentication is still very important. 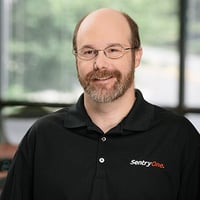 Mike (@mikewo) is the Cloud Engineering Manager for SentryOne, working on cloud based products, services, and related technologies. Mike has over 20 years of experience in the industry, and for the last decade has been focusing on cloud technologies. He was one of the first Microsoft Azure MVPs, first recognized in 2010, and has been awarded an MVP each year since. Mike also blogs at mvwood.com.