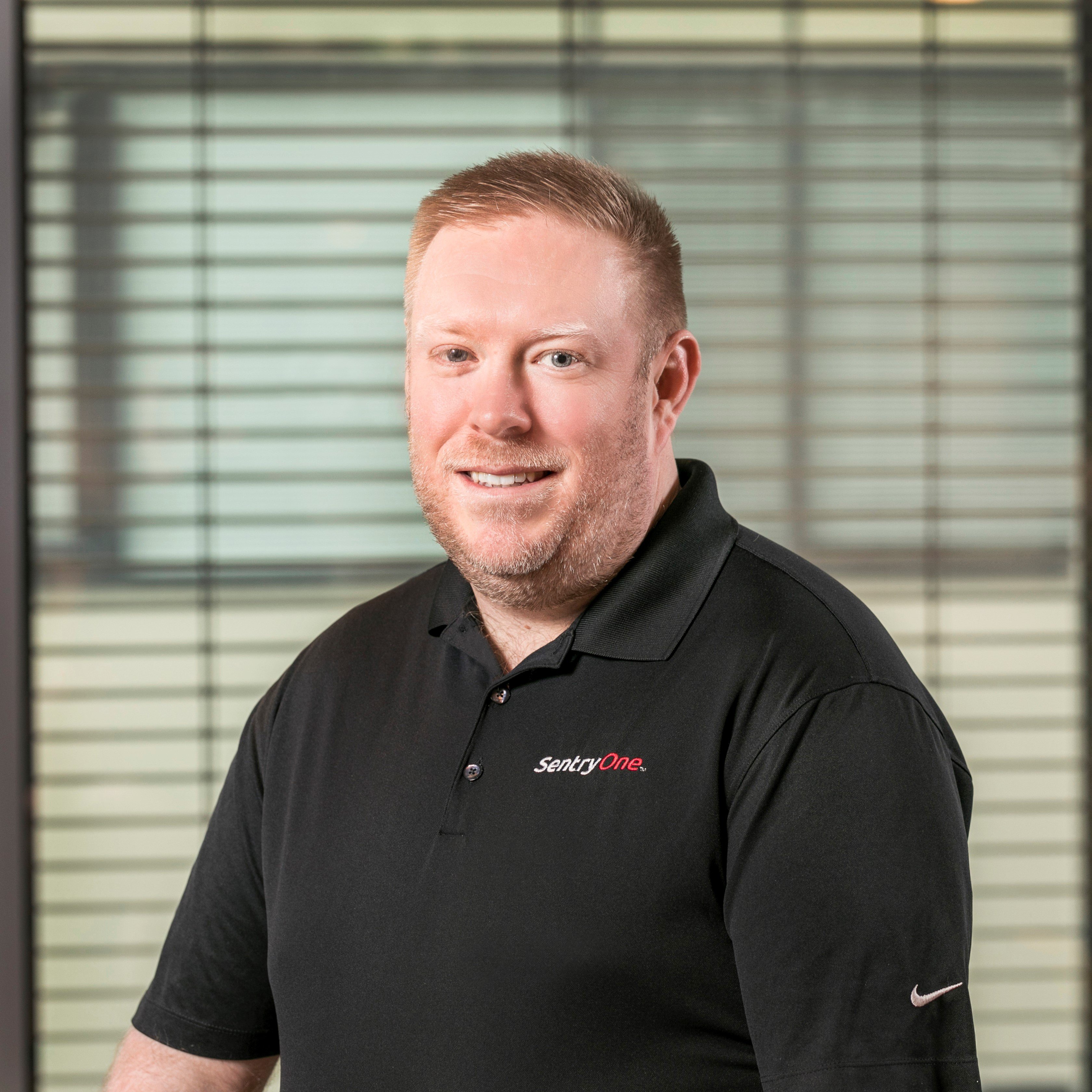 Back in November 2019, we announced the general availability of SentryOne Document, our cloud-based documentation and data lineage analysis solution. Since SentryOne Document was released, the SentryOne team has been working hard to expand and improve its feature set.

"Wait a minute, John. We're not ready to move to the cloud yet!"

Well, that's not a problem. Not only have we been creating exciting new features, but we are also now providing a version of SentryOne Document that you can install locally in an on-premises environment. In this blog post, I'm going to walk through the simple step-by-step setup and configuration process.

There are a few requirements to get up and running without a hitch:

Also, depending on your desired configuration, you might need:

We provide a bundle, which will install the following components:

We will focus on the SentryOne Document host and API setup, as it contains a couple of key configuration screens.

First, accept the EULA (after reading it, of course) and select an install location. By default, we install to %ProgramFiles(x86)%\SentryOne\SentryOne Document\. 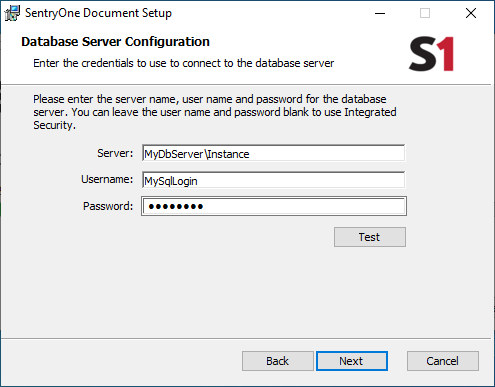 The next window is the Database Server Configuration. You will enter the server and instance name of your SQL Server database, and if you are using a SQL Server login for SentryOne Document, you can enter the username and password as well. If you prefer to use Integrated Security (Windows Authentication), just leave the Username and Password fields blank.

Finally, set the hostname for your SentryOne Document instance. This would typically be your server's hostname, but depending on your network's configuration, you might need to include the FQDN (fully qualified domain name), such as MyWebServer.MyCompany.domain. If you're not sure, this can easily be changed in IIS later.

Once these screens have been completed, the installation can proceed.

You won't have any data yet, but the Solutions page should load successfully: 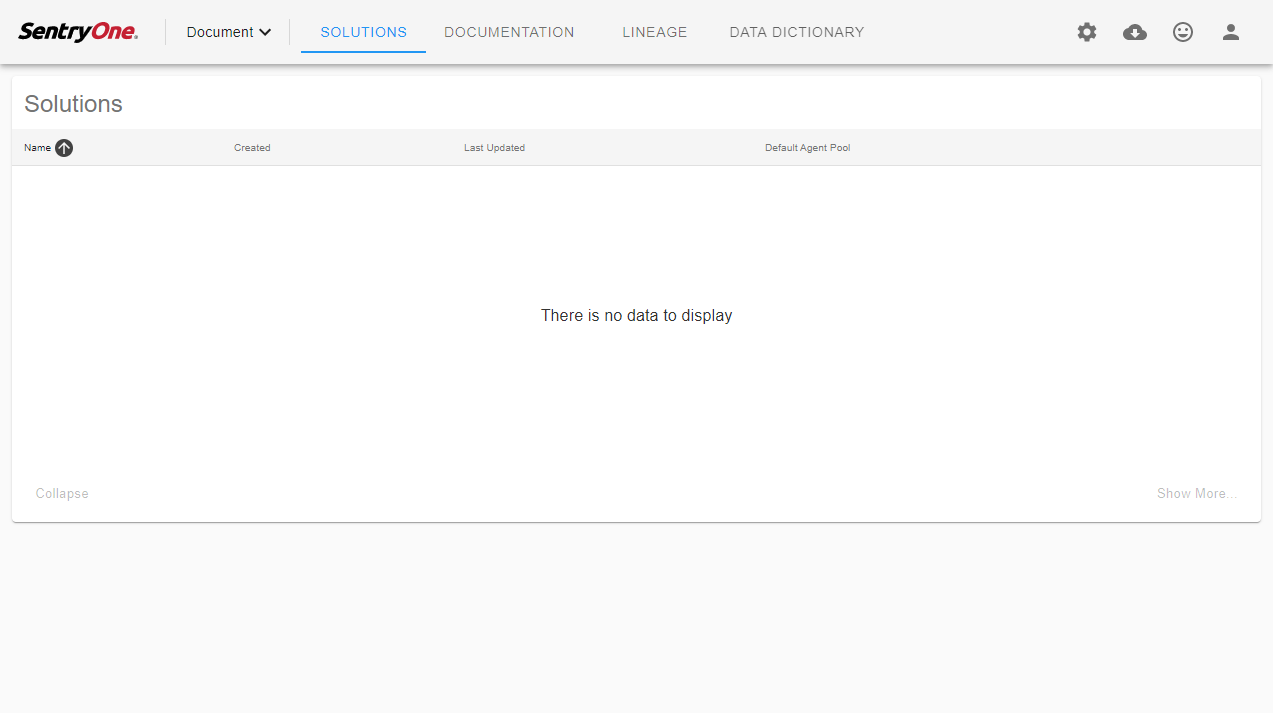 You can jump ahead to Next Steps.

If you are using a multiple-server setup (i.e., the SentryOne Document web application is hosted on a different server than your SQL Server instance), and you want to use Integrated Security (Windows Authentication), there are a couple of extra steps required.

If you are running a multiple-server setup with Integrated Security, there will be a small change required in IIS. The SentryOne Document API will need to be run under the identity of a Windows/AD account, which allows access to the remote SQL Server instance.

On the SQL Server, you will need to make sure that the application can access the database. Connect to the instance using SQL Server Management Studio (SSMS) and open a new query window.

If you are using Integrated Security, run the following query to create the required login on the server, substituting in the appropriate domain/username as needed:

These queries grant the user access to the SentryOne Document database and assign it the db_datareader, db_datawriter, and db_ddladmin roles on that database only.

At this point, you should be able to browse to the SentryOne Document instance using the URL below:

The remote agent can be installed on your web server, database server, or on a separate server altogether. Our advice is to ensure that it is installed in a location in which it has consistent access to both the web server and the database. For example, a laptop would not be ideal, as it probably won't be switched on all the time or might need to be connected to a VPN to access the web server and database.

Once you have the remote agent configured and your first solution created, you can start documenting your data sources and browse your documentation from anywhere on your very own SentryOne Document instance!

I hope this blog post helps you get up and running with SentryOne Document Software with minimal fuss, and that you'll see how powerful the documentation, lineage, and data dictionary features are for tracking changes made to your data sources or for ensuring compliance in your data environment.

Take SentryOne Document Software for a spin on your own and start a free 30-day trial.

For more information about how to use SentryOne Document’s features, be sure to check out our documentation and videos! 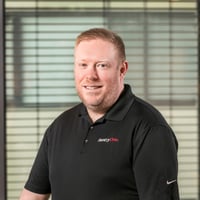 John McAree is a software engineering manager at SentryOne, bringing more than 10 years experience as a full-stack engineer with the Microsoft technology stack. John has had a strong focus on building secure, user-friendly web applications and driving team productivity in a number of industries, including health & social care, logistics and financial services. At SentryOne, John has worked on a number of SaaS offerings, and has learned to stop worrying and love JavaScript.