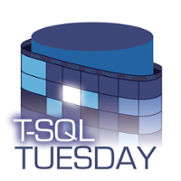 This month’s T-SQL Tuesday is hosted by Jon Shaulis and the topic is Imposter Syndrome.

Who doesn’t have imposter syndrome?

Imposter syndrome seems to be one of those things that when you hear about it, you think you’ve finally got a way to describe how you feel, and when you talk to others about it, they all say how they feel the same way. In fact, one of Jon’s thoughts in the #TSQL2SDAY topic description is that you’ll discover you are not alone in these feelings when reading the posts. I’ve had these discussions with people who are the go-to experts and beginners, people who are confident (even borderline arrogant), and those who are humble or easily unsure of themselves. It leads me to believe that imposter syndrome is typical, and those who never feel that way or don't ever hear a voice of self-doubt are possibly on the other end of the spectrum as narcissists, psychopaths, or are examples of the Dunning-Kruger effect (where they overestimate their abilities).

"Half of being smart is knowing what you are dumb about." - Solomon Short

If almost everyone has some level of self-doubt, occasionally feels like a fraud, and sometimes worries that they’ll be exposed as an imposter, why is it a problem? I think the answer to that is when it stops you from trying, succeeding, or growing. If you can’t get past your self-doubt to take that next step in your career, to go after something you want, and find yourself in a cold sweat fearing the moment that your life is going to be over when you’re ultimately revealed as a phony to everyone you know, then you’re probably suffering from a more problematic case of imposter syndrome, or maybe you’re practicing medicine without a license.

I’ve been there. I’m still there.

When I first started my job at SentryOne in 2015, I looked around at the SQL-famous people working here and wondered how long it would be until they realized I wasn’t supposed to be here with them. The first time I wanted Aaron Bertrand (t) to look at a query I wrote, I had to build up the courage to ask, while dreading (with complete certainty) that he was going to discover just how much I didn’t know. Oddly enough, I’ve also learned that other people in the SQL community felt the same way about sharing SQL scripts with Aaron, and to the best of my knowledge, none of us were exposed as frauds by doing so—quite the opposite actually as it was a relief and confidence booster going forward. I kind of want an “I survived Bertrand looking at my SQL” sticker for the community. 😉

Another specific example that comes to mind is when, after spending considerable time on research, design, and code for a scalability project at SentryOne, Greg Gonzalez (b|t) asked me to walk him through what I had completed so far. I was sure that this was the moment he would discover I had no idea what I was doing and would question my obviously garbage design and implementation. In my head, this was the next big chance where it would all come crashing down. Even though it turned out that I had a good idea of what I was doing, I've learned that my default mode is self-doubt, and my initial internal response is to fear that I did something terribly wrong that someone else is going to point that out to me (because it is that obvious to everyone else). Knowing that stuff about yourself is at least half the battle. Once you're aware of it, you can start working on it and limiting its impact on you (and those around you). When you can start to laugh about it, like I can, well... at least you'll be laughing, right?

How can you succeed with imposter syndrome?

If you know me, then you almost certainly know that I enjoy reading, so it should be no surprise that I am going to reference some books that I've read. There are a couple of books in particular that I believe can help with ensuring that you don’t let your totally normal imposter syndrome stop you from trying. 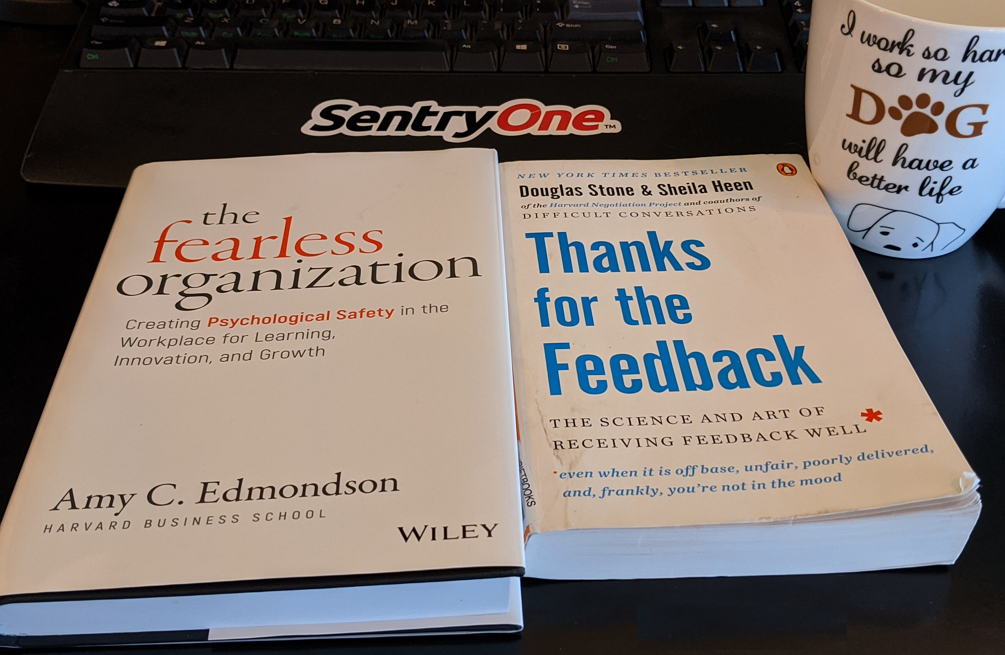 Creating Psychological Safety in the Workplace for Learning, Innovation, and Growth

This book prompted me to give an internal SentryOne Academy presentation on psychological safety. If you have psychological safety in your workplace, then you have an environment where people are comfortable expressing and being themselves, where they are not afraid to ask questions, express concerns, share ideas, or deliver bad news. In a psychologically safe climate, you can be wrong, you can fail, and you can learn from those mistakes (which hopefully lead to growth and future success). There’s a lot more to this, but I believe it’s difficult to feel like an imposter if you work in a place where you see people fail, and people respect the attempt rather than humiliate the person who failed.

If you can see others be vulnerable and imperfect, then it turns out that they are more like you, and you are not the imposter among them. This is a healthy climate that we want to be in at work; not one that feels like a social media network where our coworkers only share the fabulous and perfect things about themselves and their careers.

Ways you can promote psychological safety

You might feel like you have no control over the psychological safety at your workplace, and to some extent that is true, but there are things that you can do to promote it among your team members and other people with whom you interact across various communities. Kindness, empathy, and vulnerability go a long way.

The following list is some paraphrasing of advice from The Fearless Organization:

By modeling and practicing these behaviors, you can promote psychological safety around you.

For a few additional resources on psychological safety, I recommend:

Thanks for the Feedback

The Science and Art of Receiving Feedback Well*

*even when it is off base, unfair, poorly delivered, and frankly, you’re not in the mood

By Douglas Stone and Sheila Heen

There's so much fantastic information about understanding feedback and its impact on us in this book. One of the specific topics that reminds me of imposter syndrome is what they call feedback containment. This means containing the feedback to what it's about and limiting it to just that.

For example, you wrote a query with terrible performance, ran it against production, everyone started complaining, and an angry DBA killed it and emailed the entire company to identify you as the culprit. Eek! You've received the feedback in the form of overhearing complaints and suggestions that you learn how to write better queries and use Plan Explorer. OK, fair enough. It's possible that you are great at queries, but made a foolish mistake because you didn't sleep well, or maybe you do have a lot to learn about writing queries (as do the people who didn't make that mistake, but have made similar ones before, and will make them after you). That's the limit of what the feedback is about.

If you let your inner voice spin that feedback into something more (I'm no good at any aspect of my job, everyone knows this stuff better than me, I can't learn this as well as they can, I don't belong here, etc.), then you're probably going to feel more like an imposter, even when you aren't making mistakes. The authors discuss ways in which we let feedback shake our identities and alter our self-perception. I can imagine how someone who doesn't handle feedback well could also have imposter syndrome because your actual fear could be that the feedback will expose the real you. If that sounds like you, you'll probably want to learn how to better receive feedback so that you learn and grow from it, rather than continue to live in fear of it.

I hope no one discovers that I have no idea what I am talking about. You might feel the same way. It's OK. I think.