Stop questioning the data that drives your business

Do you have confidence in your business data? Or do you suspect that your company is making decisions based on inaccurate, outdated information?

According to an IBM study, inaccurate data costs businesses $3.1 trillion annually in the U.S. alone. Continuously ensuring that your business data is valid can be frustrating and time-consuming—but critical to your business objectives.

SentryOne Test is a cloud-based automated test framework that helps you test and validate data from disparate sources across the entire data lifecycle—from development through production.

With SentryOne Test, you can rest easy knowing your business data is valid. SentryOne Test takes the mystery out of data testing and validation, giving you a proven framework for quickly and efficiently ensuring that the information you base your decisions on is sound.

Check out these free resources to learn more about how SentryOne Test works:

You can use SentryOne Test to validate data at any point of the data lifecycle, from development through production, ensuring confidence in the data that your company uses to make strategic decisions and support business functions.

Explore the capabilities of SentryOne Test 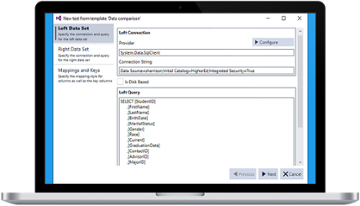 Testing can be tedious and time-consuming. The point and click wizards in SentryOne Test allow you to build dozens of tests easily in minutes.
Learn More 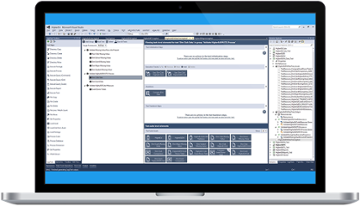 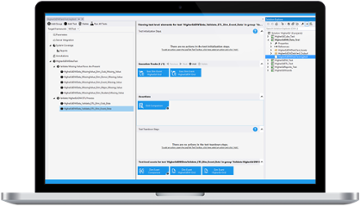 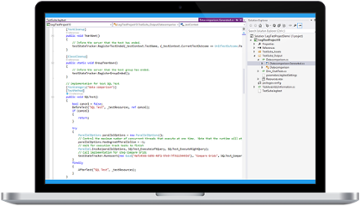 In addition to built-in actions and assertions included in SentryOne Test, you can use the extensibility features to create modules that work specifically with your systems.
Learn More

Ensure that your production data is accurate and reconciled across your systems such as SQL Server, Salesforce, REST Web services, Oracle, and much more.
Learn More 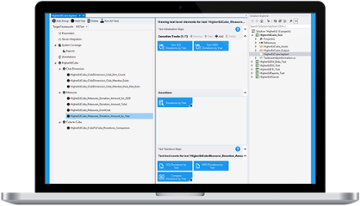 Implement automated testing of your business intelligence (BI) and data warehouse projects so you can trust the code you deploy.
Learn More

SentryOne Test facilitates MDM validation and ensures that data reaches users in the correct state and that your business is complying with data privacy regulations such as GDPR.

For ongoing validation of production data, SentryOne Test lets you write and publish tests so that data owners can identify validation issues early, fix the data in the source systems, and manually re-run the tests.

What is SentryOne Test?

SentryOne Test is a test automation framework for data-centric applications based on the industry-standard MSTest and NUnit. Offered as a SaaS subscription, SentryOne Test provides secure, cloud-based unit testing with the ability to schedule test runs and a dashboard so that you can view test success metrics and the data behind test failures.

How does SentryOne Test work?


What are the use cases for SentryOne Test?


Is SentryOne Test available only through a SaaS subscription?

SentryOne Test is available only through a monthly SaaS subscription.

If I’m a current LegiTest customer, do I have to pay for SentryOne Test?

Yes. SentryOne Test provides additional features and functionality that aren’t available in LegiTest, including secure cloud access and a web-based portal. If you're a current LegiTest Server customer, contact sales@sentryone.com to learn about upgrade options.

Will SentryOne continue to support ?

Where can I see SentryOne Test in action?

You can watch the replay of the web seminar Stop Bad Data with Data Testing and Validation, which includes a demo of SentryOne Test. You can also download a trial, or contact sales to schedule a one-on-one demo.

How do I try and buy SentryOne Test?

You can download a free trial of SentryOne Test now. To download the trial, you'll need to provide a valid credit card, but you can cancel within 15 days. After 15 days, your credit card will be charged for the first year of your subscription at $69/month per user. Your total at check-out will be $828.

Customized for your environment