While this is a point release with only a handful of tangible changes, a lot of work went into this build, and I hope you find the following enhancements useful.

Having largely been written at the beginning of this decade, Plan Explorer was optimized for the screens we had at the time. Some elements did not render well on higher DPI screen technologies, like 4K, 5K, and WQHD. Most notably, columns would be half the width they should be, and checkboxes half the size, all due to the way pixels were interpreted and translated. Most of this stemmed from the skin we were using so, with this update, we ditched the familiar Office-style blue skin and replaced it with a more subtle gray: 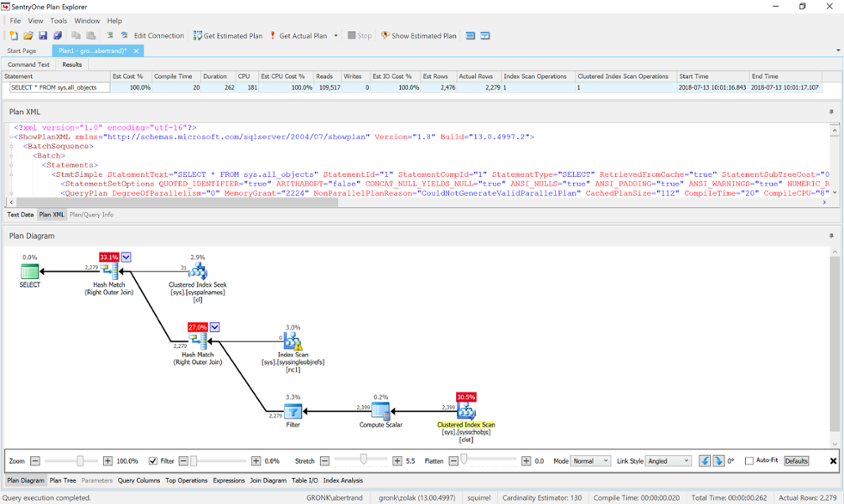 When you upgrade to this latest build, you may find that you lose some of your configured layouts. For any tab with a grid, you can right-click the column header and choose "Best Fit (all columns)" - this will try to give all columns an optimal width. There is one exception: the Statement column. This will max out to 50% of the window width; if it's a long query, and you really want to see the whole thing, you can right-click that column directly, and choose "Best Fit."

A few people had mentioned to us that the Edit > Connection menu item was not very discoverable, and that they would occasionally try to execute a query against the wrong server. We've added two new ways to raise this dialog: from a toolbar button, or by right-clicking anywhere on the command text panel or statement grid: 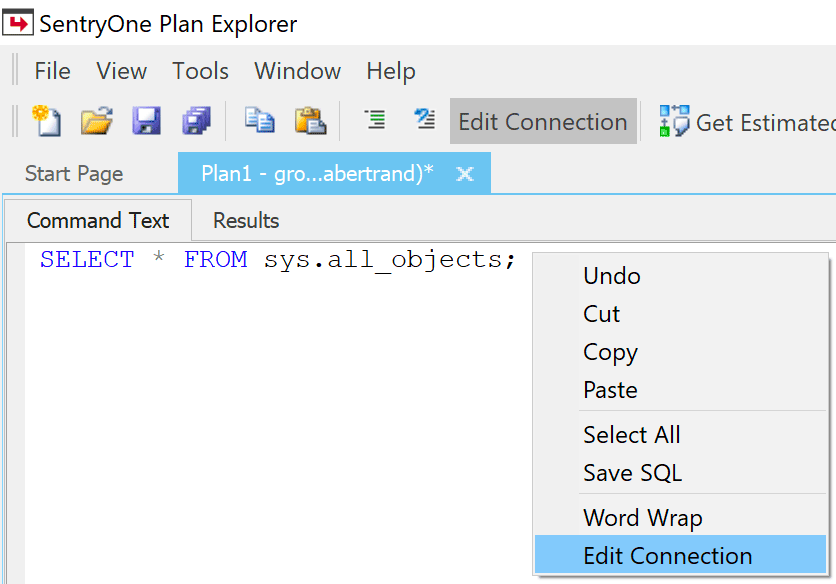 It was a Tuesday. It was raining. You looked at me across the platform...

Similarly, when we have a plan with one or more missing index recommendations, they were only present on the plan diagram's right-click context menu for the root operator (usually a SELECT). We've now made it so that the menu option is available when clicking anywhere on the diagram. 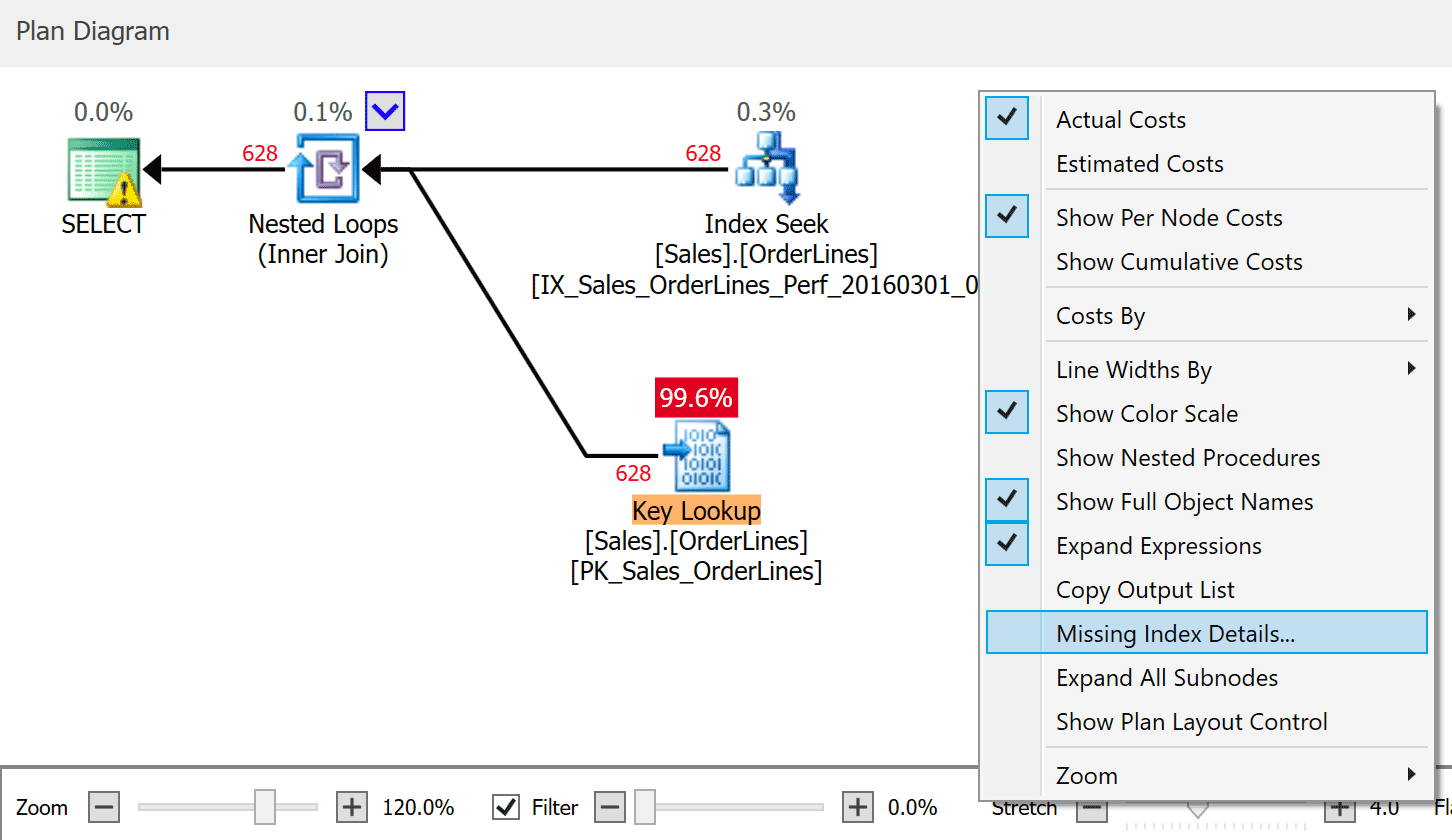 Not that you should always do this...

While reviewing differences between Plan Explorer and the client for our flagship platform, SentryOne, we noted that some menu items were in slightly different places. In this build we've addressed that in Plan Explorer, and have a couple of minor changes coming soon in the SentryOne client. Here is the new menu structure in Plan Explorer:

An artist's rendering of the new menu structure (click to enlarge)

My new fellow Product Manager, Andy Mallon, occasionally prods me about usability quirks in our software. One thing that has tripped him up a few times is that if you highlight a portion of the Command Text pane and then generate a plan, focus is taken away and you lose the highlighting. This means if you highlight text, hit F5, then hit F5 again, the second execution would (try to) execute the entire batch, instead of what you had highlighted the first time. This is unintuitive (and probably bad in most cases), so we've fixed it.

My favorite Bill in Kansas City, Bill Fellows, reported an ugly exception that happened when we ran Index Analysis and retrieved statistics histograms for columns with scale exceeding that supported by the .NET Framework. We were casting the output to double which would fail for, say, decimal(38,26). We've fixed this by casting all such values to their SqlDbType equivalents instead.