While most of the recent buzz here has been around our new SQL Sentry Essentials SKU, there are some important updates for SentryOne Plan Explorer, too (change list here):

For a long time, we had similar plan diagram icons to SSMS, and had already started an "icon refresh" project long before Microsoft decided to simplify their own icons. Their documentation still shows the old versions, but Hugo Kornelis has you covered. They went a totally different direction inside the Explain functionality in Azure Data Studio, and we like our new implementation a little better.

In Plan Explorer, we wanted to mute some of the brighter colors present in the icons, to help highlight things like warnings and costs, and to keep the blue from taking over. We also softened some edges, raised the threshold for color ranges, and simplified several icons to make it clearer what they represent (like Adaptive Join). Here is a quick example of the new scheme in action:

We also added overlays to indicate batch mode (both serial and parallel). Thanks to Itzik Ben-Gan, Paul White, and Niko Neugebauer for their feedback on that. 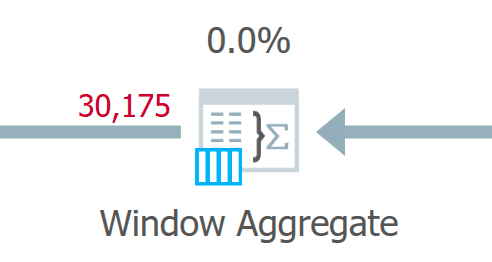 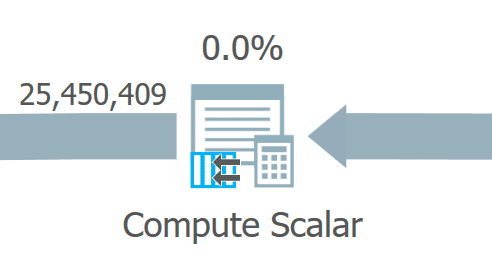 The most common icons are presented here.

See Hugo's description of every operator

There's more to come. I had a great, lively discussion with Hugo Kornelis recently about some of the operator imagery, but this happened way too close to release to affect this build. So we're going to be making some changes in short order, starting with the key lookup and RID lookup operators (addressed in 19.0.1) and a missing Window Spool icon (addressed in 19.0.2).

#23381 - Change memory fraction units to MB instead of KB

This one was very simple; we were exposing memory fractions in KB, which might make sense for some pieces of data, but not for that one. We've updated the scale and it now shows these numbers in MB. Thanks to Paul White for the suggestion.

I check each new CTP as it comes out and watch every build of SSMS to detect changes in ShowPlan XML; when there is new XML we try to incorporate it into our code as early as possible. During the v18 cycle there have been some additions and we now recognize those. As always, we still have work to do to start taking advantage of the new data, but the first step is to make sure the code has access to all of the information (and doesn't trip errors when coming across something it doesn't yet recognize).

Fixed two exceptions that happen in isolated scenarios - one involving a Sequence operator at the root (not common) and one involving "quoted identifiers" inside a PIVOT operation.