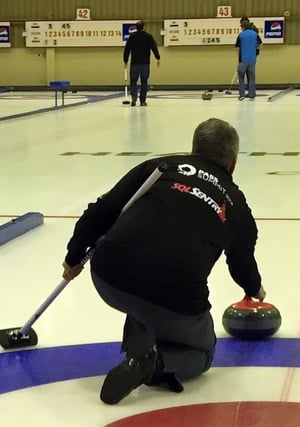 This weekend I traveled to Winnipeg to attend their first ever SQL Saturday, organized by Mike DeFehr (@mdefehr) and his awesome team of volunteers. I learned at the airport in Winnipeg that even the Nexus people are confused about how Nexus works. After a long travel day I got downtown just in time for the speaker dinner at Hermanos, a local steakhouse with a fantastic Brazilian ribeye. 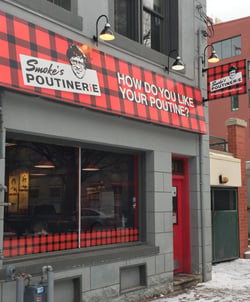 The event itself was awesome. Very well organized, in a neat repurposed building only a few blocks from my hotel. WiFi passwords were posted on the walls all over the place, and there was a great lunch offering - lasagna. However, since we had some poutine virgins among us, I took three lucky souls for heart-attack-in-a-takeout-box at Smoke's Poutinerie (@poutinerie). It wasn't Ivan's, but not too shabby!

We got back to the event just in time for me to give my session on T-SQL Bad Habits & Best Practices. You can download the deck and samples here or from the SQL Saturday website.

The after-party was at Heather Curling Club, a really nice 8-sheet facility just outside the downtown core in St. Boniface. 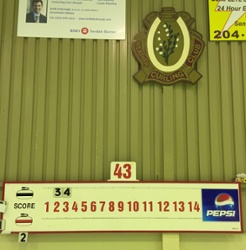 We had a great turnout, close to 40 people, and SQL Sentry picked up the first round of beverages. Then we started curling. What a blast! A lot of first-timers got in their first stones (and a couple of people took some good spills; hope they're both feeling better today).

We kind of naturally split up across several sheets, and I ended up pitted against Mike DeFehr. We had two blank ends before I made one of the best (and luckiest) shots in my life to take 2 in the third. With the hammer, Mike looked to be tying it up on his last shot, but an unfortunate ricochet knocked one of their stones out and one of ours closer to the button, so we won 3-0. Can't wait for the rematch.

Someone at the party had a bite-sized version of Cards Against Humanity. I didn't get in on the game (nor did I think to take a picture of it), but what a great idea when you're traveling light. Which I was in this case; even with curling shoes I managed to cram everything I needed for the weekend into my computer backpack.

Anyway, what a great event! Kudos to that whole team for pulling off one of my favorite SQL Saturdays ever, and I hope that I can come back next time. Maybe the weather will be a little nicer.