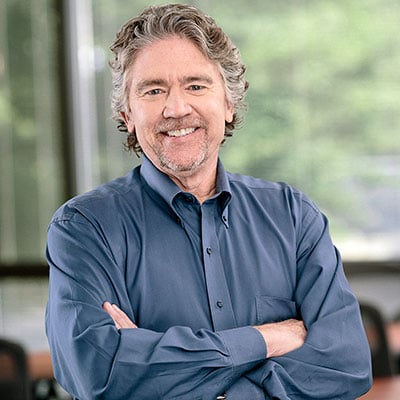 In April 2018, SentryOne opened its first international office with the establishment of its EMEA headquarters in Dublin, Ireland. To mark the location’s first anniversary, SentryOne CEO Bob Potter reflects on the reasons why Dublin was chosen for this key development and its ongoing success.

From early 1999 to 2003, I worked for IONA Technologies as Executive Vice President of Business Operations. IONA was based in Ballsbridge, Dublin and I experienced first-hand the rapid economic growth of Ireland, known back then as the Celtic Tiger.

In the early 90s, Ireland was a relatively poor country, particularly by Western European standards. However, between 1995 and the year 2000, the economy grew at nearly 10% per year and continued as the fastest growing economy in Europe until the brutal 2008 recession. Back then, Riverdance was the theatrical rage around the world. U2, the Corrs, and other Irish pop bands were on every country’s music charts. The film Titanic, full of Irish music and dance was nominated for 14 Academy Awards. Being Irish became popular and Irish pubs were popping up all over the world, with Guinness a-flowing.

Many falsely believe that Ireland was booming because of its low corporate tax rate. While this was certainly helpful, it is not the whole story. Ireland attracted the likes of Intel, Dell and Microsoft for many reasons. First and foremost, Ireland has a superb educational system and one of the highest literacy rates in the world. Second, while it is easy for Americans to converse with the Irish, the Irish are actually multi-cultural and multi-lingual. In the 90s, thousands of emigrants returned home in Ireland from mainland Europe with newly developed language and cultural skills relevant. Many American tech companies were eager to leverage this unique skillset in order to appeal to and converse with non-English speakers across Europe. It was also a country that welcomed immigrants and being part of the EU, many foreigners were quick to participate in the booming economy.

Lastly and maybe most importantly, the Republic of Ireland, through its Ireland Development Agency (IDA), actively recruited tech companies to establish operations in the country. The organization established a one-stop-shop, where you could receive help finding talent, office space, bankers, lawyers, accountants, etc. They encouraged software development and offered Research and Development tax credits. IDA is a perfect example of government and business working together for the betterment of society.

SentryOne develops and provides database performance monitoring and data DevOps tools for the Microsoft data professional. Microsoft has an enormous footprint just outside of Dublin. The picture below was taken there during my visit to Ireland this month. On my left is Helge Lüthgens, Senior Manager Inside Technical Sales, Data and AI - UK, France and Germany for Microsoft. On my right is Denis Condon, Technical Sales Manager at Microsoft for Data and Artificial Intelligence (Worldwide Inside Sales) for Microsoft. 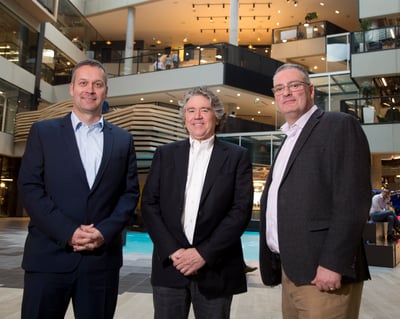 Establishing our international headquarters in Dublin was a no-brainer because of our strategic partnership with Microsoft and the proximity our headquarters offered. But make no mistake about it, we would have planted our flag here, even if Microsoft was in another country.

Today Dublin is our fastest-growing location in terms of employee growth. We deliver key facets of our business including sales, customer support, marketing, and software development out of our Dublin office. We don’t think of Ireland as a country with five million people, but rather a country with access to 500 million people. For a fast-growing company like SentryOne, access to talent is key and we are thrilled in the decision we made. 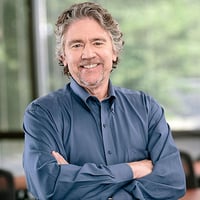 As CEO, Bob is focused on accelerated global growth for SentryOne, both organically and through acquisitions. Here he provides valuable updates on key company milestones and future strategic priorities. Check back often to read Bob's insights that offer a glimpse of SentryOne beyond the technology.