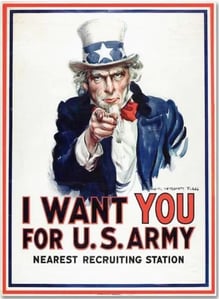 In the twenty-plus years of PASS history, the professional association has twice faced threats so extreme that the future of the organization was uncertain. I’m going to tell you about the first of those existential crises in a few moments.

TL;DR—9/11 almost killed the infant organization. Separately, in 2004, Hurricane Ivan hit PASS very hard, along with a lot of Florida and Georgia. Yet, PASS survived in both cases due to the enormous outpouring of support, volunteerism, and enthusiasm from the SQL Server and data pro community. In the next couple of blog posts, I will share more details about those dark days from the past. (I’ll document the response PASS had following Hurricane Ivan in a separate post.)

To survive the global pandemic, PASS needs you! If PASS has helped your career, now is the time to pay it forward by supporting the PASS Virtual Summit 2020. Register today!

Today, we mark the third extreme challenge that PASS has faced. Your support of the upcoming PASS Virtual Summit 2020 is needed for the organization to survive. With your financial help in the form of registrations, the professional association that has helped so many of us level up in our career can keep bankruptcy at bay. But this isn’t just a request to register for the conference. This is also a request to contribute to PASS with your energy, your inspiration, and your vision. Let’s all work together to make 2020 the year that marks a revival and revitalization of PASS and the broader Microsoft Data Platform community.

Behind the Scenes Leading Up to PASS Summit 2001

In the early 21st century, PASS was just a wee tot. We’d held the first PASS Summit the previous year in Chicago with solid, although moderate, success, garnering just over 1,000 attendees. In 2000, PASS grew on that success by bringing in around 1,400 attendees to the fall Summit and spinning up quite a few user groups in North America, Europe, and other developed regions of the world. However, as great as those achievements were, it was a mixed bag for PASS.

Here are some of the headwinds PASS faced going into 2001. PASS held its first international event from 12-15 March 2000 at the Royal Lancaster Hotel in London. (A hotel that I still love to this day, btw.) Although the conference surveys showed that the experience was quite good for all the various stakeholders, it lacked in one aspect—revenue.

If you attended PASS London 2000, you might have wondered why PASS didn’t immediately return to the UK or Europe. The problem was threefold. First, international events are really expensive compared to North American events. Second, the experience taught us that our staff was stretched too thin. (We had a staff of about 6 at the time, almost all of whom were part-time employees.) Finally, we realized that we needed more enthusiastic local volunteers in any international locations before an international PASS conference would ever be feasible to try again.

Going into the Summit in 2001, PASS faced quite a few headwinds. First, I already mentioned the financial pressure from cash flow. However, finances were worse than it seemed because, for a variety of reasons, funds from the founding vendors was tied up internally. Second, strong competitive pressures were mounting with the planned launch of conferences such as SQL Connections effectively dividing the market. Finally, the PASS Board of Directors (BoD) leaders were struggling with strife amongst the BoD. These internal arguments and fissures sapped the limited time and patience of everyone on the board.

Another important (and wonderful) opportunity also appeared at this time. If PASS could achieve a stretch goal of 2,500 attendees, then Microsoft was open to the possibility of sending Steve Ballmer, CEO of Microsoft at the time, to give the keynote presentation. Wow, what an honor! But an honor like that also required an even bigger investment of time and energy than normal to make it a reality. 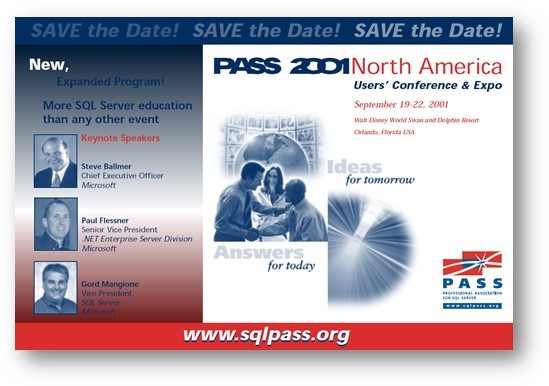 An early draft of the PASS Summit 2001 advertising brochure

Behind the Scenes Leading Up to 9/11

Operations were progressing normally leading up to the Summit, which was scheduled for September 19-22, 2001. It’s important to remember that in 2001, the smartphone was still 6 years away, Facebook was 5 years away, and a truly useful website in that day was not much more than paper brochures converted into an online equivalent. To register for the Summit in 2001, you had to call (probably on a landline) and talk to the call center rep and give them your credit card number, or you could register using a check via postal mail. Heck, there were also ways to pay by fax machine. Those ways of working seem so ancient now. 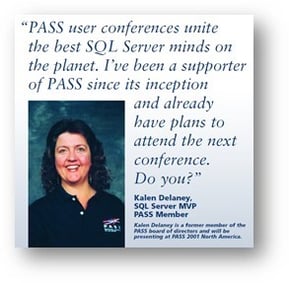 Marketing was also a major challenge. PASS worked extremely hard to get the word out and inform as many SQL Server users as possible using paid ads in SQL Server Magazine as well as in big direct mail campaigns. (Thank goodness for SQL Server Magazine! One thing that truly was wonderful in that era was that there was a single magazine that you could rely on if you wanted to get the attention of the portion of the market what was very serious about SQL Server. I wish we still had it today.) Aside from the magazine, there were not yet a lot of websites where one could advertise a SQL Server event.

So, that left us with one major outreach method—direct mail. Did I mention that printed marketing material and postage are very expensive? Well, in those days, they were actually a very significant budget line item. It was a struggle. But it was also exhilarating, as many significant opportunities in the market are.

Then, it happened—9/11. The Twin Towers fell. Our world plunged into despair, war, and recession. Confusion reigned in those weeks after the attack. It was impossible for most of us to stay focused and productive. (Sound familiar?) We were worried that other attacks would soon follow. And no one knew who was behind the attacks. Fear was palpable.

In short order, Microsoft notified us that all travel was off, which was a sensible decision, in my opinion. But then we also started to get calls from registrants who had traveled to Orlando a week early to enjoy some vacation time with their families in advance of the PASS Summit. A big proportion of them were from the UK and Europe, since Orlando is a much shorter trip for them than a trip to Seattle. The BoD needed to get its head together and start communicating with attendees ASAP.

The Response from PASS Following 9/11

One of the first issues we identified was that we couldn't make critical, time-sensitive decisions quickly enough if we included the entire BoD in the decision-making process. We did not yet have an Executive Committee, but this is the situation that forced us to create one. At the time, our top leaders were Immediate Past President Pam Smith, President Guy Brown, VP of Marketing Trey Johnson, and me as EVP of finance. There weren't chat platforms such as Slack or Teams, which would have made conversations faster and more convenient. Instead, we spent a significant amount of time on the phone and in email conversations to craft our message. A special shout out to Trey Johnson for his pivotal role in crafting the verbiage we used in those dark times.

The message was, to paraphrase, "In light of the terrorist attacks, we will refund your registration fees upon request. But we have a request of you. If everyone gets their refund, PASS will go out of business. But if you're willing to let PASS keep your registration fee, we will hold this conference. It will be a great conference and you can take pride in knowing you were instrumental in keeping this dream alive. Thank you for all you've done in support of PASS and thank you for helping keep PASS alive. Our new location and venue are still under consideration. We will alert you as soon as possible!"

The heartwarming fact is that of the thousands of registrations we had in hand, I recall that we had, at most, a couple dozen requests for refunds. Due to the amazing and giving spirit of the community, PASS was able to move forward and hold a replacement conference in January 2002 at the Adam's Mark hotel in Denver, CO.

I should also give credit to the association management company, SmithBucklin, because they suspended all billing for our staff until the insurance claims were paid. And since they managed more than 400 professional associations at that time, they had quite a lot of buying leverage with big hotels and event and catering companies to make the replacement conference happen affordably.

The COVID-19 pandemic is an event with potential equal to 9/11 to send PASS into financial ruin. But not if we, the community that PASS serves, answer the call to support the organization. It is only by each of us doing our part—attending the PASS Virtual Summit 2020 and even persuading a colleague or two to attend—that PASS will be able to survive and carry on its mission to Connect, Share, and Learn. Register today!

What Is the Difference Between Big Tech and DBAs?
How SentryOne Advocates for Veterans
Building Workplace Relationships Virtually: An Intern's Perspective
Strategies for Staying at the Same Company Long Term
How Can We Take Action Against Racism?
T-SQL Tuesday #128: Presentation Disasters