PASS Summiteers Guide to Charlotte, Part 2: Top 10 Things to Do

It's hard to believe that it's been over two years since PASS announced that the Summit would be coming to Charlotte (I blogged about it here), and in a few short weeks 5,000 of you will be converging on our fair city! As a SQL Server ISV based in Charlotte, we feel a special responsibility to ensure that everyone feels welcome and makes the most of their time here, both in and out of the conference sessions. We've been working on various initiatives towards this end for many months. In Part 1 I covered one of those, the SQL Sentry Shuttle, which will be whisking people to exciting places in and around downtown (aka, "uptown") during the Summit.

Many of you are arriving the weekend before or departing the weekend after the Summit, and have been asking about fun things to do in the area, so in Part 2 I wanted to share some local knowledge. If you are still finalizing your travel dates, be sure to leave room on either end, as there is certainly no shortage of interesting and unique activities to be found here.

Here are my Top 10 things to do before and after the Summit:

1) The US National Whitewater Center 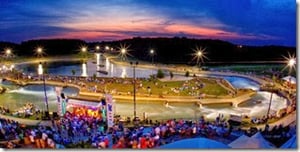 The world's largest man-made whitewater river is located only a few miles outside of uptown, not far from the airport. This is where the Olympic athletes train, and it is a sight to behold. Aside from numerous water activities including kayaking and rafting, there is rock climbing, zip lining, and miles of trails. Or, if you just want to kick back and relax, there is a fantastic restaurant and patio from which to and take in all of the action. Craft beer fans will not be disappointed, with 20 brews on tap!

2) The Carolina Renaissance Festival – Huntersville – Saturdays & Sundays
This is one of my favorite things to do each year. About 20 minutes north of Charlotte (barring traffic), it's one of the largest festivals of its kind in the country. It's quite unique in that it's not out in a field like many similar festivals – it's an authentic, permanent village in the middle of rolling woods, so it has that medieval feel in spades. There are countless live shows and activities for all ages, as well as shops, food, and craft beer. You can't go wrong with this one... just get there early, as close to opening as possible!

3) Wine Country
Yes, North Carolina has a wine country! It is a certified AVA called the Yadkin Valley. There are over 100 wineries, most within an hour or two of Charlotte, and many rival the best estate wineries in the world. Here are my top 7, in route map order:

There are many wineries I am skipping, as you can only see so many in a day... but I believe these to have the best combination of an impressive setting and good wine. You could easily shorten or otherwise modify this route to hit some of the others on the map. Regardless of which you choose, you will not be disappointed, as they all have their own special character. All are open on weekends, but the hours vary, so be sure to check before you head out.

4) NASCAR: Bank of America 500 – Charlotte Motor Speedway – Saturday, October 12th
Although Charlotte is the official home of NASCAR, and I'm a long-time Charlottean, I honestly know next to nothing about the sport. I do, however, know that this is one of the biggest races of the year – all of my NASCAR friends get super excited for it, so it seems like a golden opportunity for those interested!

About 15 minutes south of uptown, Carowinds is the "Thrill Capital of the Southeast", with countless rides, coasters and other attractions. This time of the year the park opens at night and "transforms into a horror-filled nightmare" called Scarowinds. If you are a fan of Halloween, or just want see what it's like to ride a coaster in pitch darkness, this is not to be missed.

6) NFL Football: Carolina Panthers vs. St. Louis Rams – Bank of America Stadium – Sunday, October 20th
Ok, so the Panthers haven't exactly been on a roll of late... but if you are from outside of the US, and want to see what American football is all about, here is a great chance to do so. The stadium is only a short walk from all of the uptown hotels.

7) The Amaizing Maize Maze – Huntersville – Fridays, Saturdays & Sundays
This is one of those huge corn mazes that you think is going to be super easy. I tried it one year (it changes every year – here is 2012), and what I remember most was trying not to look completely lost after ending up in some part of the maze that had never been explored. Definitely a fun way to spend a couple of hours if you're ok with leaving your pride at the door. It's at historic Rural Hill Farm, which is not far from the Renaissance Festival (#2), so you might consider bundling the two in a day trip.

8) AHL Hockey: The Charlotte Checkers, Time Warner Cable Arena – Sat & Sun, Oct 19th & 20th
Hockey fans, the Checkers play a double-header against the Iowa Wild this weekend. TWC arena is conveniently located in the middle of uptown, right across from the EPICENTRE.

9) SouthPark Mall
This upscale mall is the largest in the Carolinas, and about 15 minutes south of uptown. Located in the exclusive "Southeast Charlotte" area, it is where many go to see and be seen. Nordstrom, Nieman Marcus, Crate & Barrel – they are all here.

10) Concord Mills Mall
Not quite as upscale and slightly smaller than SouthPark, this is still a massive mall. It's claim to fame is that it's the largest tourist attraction in North Carolina in terms of total visitors – over 17 million per year – due in no small part to its location down the street from the Charlotte Motor Speedway. That said, if you aren't interested in NASCAR, you would do well to avoid this area the weekend of the BofA 500 (#4)!

11) SQL Sentry
If you can't find anything in the top 10 that strikes your fancy, you are always welcome to visit our offices! (during business hours, please) We're in the Newell-Rubbermaid business park in Huntersville, about 15 minutes north of uptown. Our new office in the next building over will be well underway by the Summit, and we'll be glad to give you a tour. And if that isn't exciting enough, Birkdale Village is only a short walk away ;-)