SentryOne to Join the SolarWinds Family

SolarWinds recently announced the intention to acquire SentryOne, an event that promises to make life even better for the technology professionals who use our products. Both companies have historically focused — in their own ways — on solving real-world IT problems through high-quality software solutions.

The first time I recall hearing the SolarWinds name was in 2007 when they acquired ipMonitor. For years ipMonitor had been at the core of the monitoring and alerting capability for our Microsoft-focused hosting operation, the business from which SentryOne grew. It was (and still is) a great multipurpose alerting tool, and we used it to cover every active service or possible failure point across our hosting infrastructure. It was rock-solid reliable—if there was ever a hiccup, we knew about it and kicked into action often before customer systems were impacted. 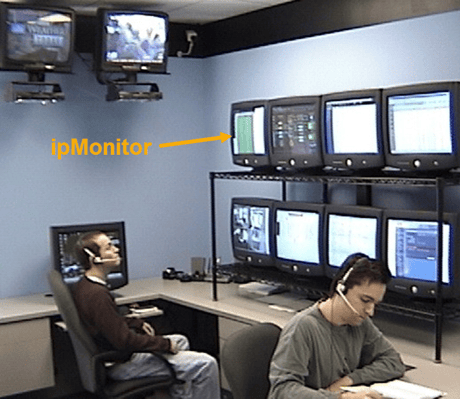 The photo above is our network operations center circa 2002. The individual staring intently at ipMonitor is Scott Brooks, then Hosting Services Manager and now SentryOne VP of Customer Success. To his right is our long-time networking guru and IT Infrastructure Architect, Mark Larma. These two team members, and many others, have had a profound impact on an organization that has always been grounded in the real world of the IT professional and has embraced a culture that emphasizes excellence in engineering and customer service above all else.

We eventually sold the hosting business to focus on building best-in-class tools for SQL Server and the Microsoft data platform, and we’ve been at it ever since. Meanwhile, SolarWinds has stayed busy, acquiring and integrating database monitoring companies Confio and VividCortex, in the process becoming a leader in the database performance tools market. I’ve long thought that SentryOne and VividCortex were almost mirror images—one focused on Microsoft technologies and the other not, but both engineering-driven and not afraid to go deeper when it comes to database performance.

SolarWinds’ remarkable success is a testament to their eye for quality- and value-oriented software companies. Their ability to skillfully bring these assets together into a cohesive whole to amplify value for customers is unmatched in IT.

A New Database Center of Excellence

Most application performance problems originate in the database, but typical application performance monitoring tools simply don’t deliver adequate visibility to address root cause. SentryOne has done much to improve the situation for Microsoft data professionals across some of the largest and most demanding SQL Server estates in the world, such as DocuSign’s. Although we’ve contemplated coverage of non-Microsoft database systems, as a smaller, focused company in a big market, we were never able to build a compelling business case.

The SolarWinds/SentryOne combination changes this dynamic entirely. SolarWinds Database Performance Analyzer (DPA) and Database Performance Monitor (DPM, formerly VividCortex) cover Oracle, MySQL, Postgres, and other popular database systems, and from the earliest conversations between our respective teams, the idea has been to leverage SentryOne as the core of a new “Center of Excellence” for all database systems, headquartered here in Charlotte, NC.

This means that the SentryOne platform will be bundled and integrated with SolarWinds DPA and DPM, bringing you a suite of best-in-class tools to solve the toughest database performance challenges, whether on-prem, in the cloud, or at any hybrid point in between. Further, many SentryOne customers already use and love Orion and other SolarWinds tools; now they’ll have a single source for industry-leading solutions that extend beyond and complement what we do for the database.

SentryOne’s stated purpose has been to “improve quality of life for Microsoft data professionals and their customers,” and we have lived and breathed this. Joining the SolarWinds family presents a unique opportunity for our world-class team to bring what we do to many more data professionals around the world as part of this new database tools powerhouse. As data continues to explode and managing diverse data assets becomes increasingly complex, it’s time for the database to get the attention and respect it deserves. Whether you are a customer, team member, or friend in the industry, I hope you are as excited as I am about what’s to come.

SolarWinds THWACKcamp 2022: A Decade of Learning
Announcing Our Expanded Database Solutions Portfolio – Designed to Improve the Lives of Database Professionals
Join Me for Office Hours, Online Learning, and Conversation