Skip the Blame Game—Go Straight to the Data

You can tell the quality of a group, department, or organization not by how things go during the good times, but how they go during the challenging times. It doesn't take a pandemic, earthquake, hurricane, or other natural disaster to bring out the worst in a poorly led team.

In my 15-year tenure at SentryOne, I have always played the role of problem solver both internally and for customers. When you think about it, professional sales people help potential customers identify challenges and inefficiencies in their current operations. The successful sales approach is to present an alternative process or technology that resolves issues, creates efficiencies, and provides a toolset or platform to progress forward in growing their business and their financial position.

You Can't Spell Blame Without Lame

During the initial analysis of a situation when a problem as occurred (e.g., system downtime during peak hours, the CEO can't get a report) there can tend to be a cycle of "who's to blame." That might make some people feel better about being "off-the hook" for the issue, but it is very counterproductive and can be highly detrimental to the health of the team. A group or company that has good leadership comes together to get the system or database back online and THEN gathers the facts and analyzes the data to determine the root cause of the issue. Imagine being a fireman responding to a raging fire and arguing with your fellow fire professionals about the cause of the fire before putting it out. First things first.

The blame game can happen in any department within a company. Historically, there tends to be conflict between sales and marketing, product management and engineering, developers and data professionals, finance and... just about everybody. A well-led organization should have a defined escalation process prior to an emergency situation that details how groups should communicate with each other, respond to the situation to recover, then move into the discovery phase of how it happened, and finally how to keep it from happening again.

The Unblinking Eye of Truth

A SentryOne customer was experiencing significant performance issues. The DBAs were struggling to get a handle on the issue. There was significant friction with the Storage team that had just implemented a new SAN. (OK, that dates the story, but hang with me.) Each group went back and forth with accusations and blame while the issue continued to happen. The DBA manager quickly realized that the situation was starting to spin out of control. She reacted by providing screenshots and data from the SentryOne client that illustrated what the DBA team was seeing from the perspective of the SQL Server engine. The Storage team manager quickly correlated that information with their storage system settings and they found the root cause through cooperation. They coined this process "The Unblinking Eye of Truth," and it has continued to serve them well for years.

Resist the urge to go straight to the blame game. Instead, define a process for handling emergencies and critical situations prior to them happening and respond pragmatically to the situation in the moment. You can then perform an in-depth analysis of the problem in retrospect after it's resolved. 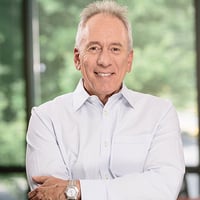