Troubleshooting SQL Server Analysis Services (SSAS) performance problems can be frustrating, especially for data professionals who are new to the platform. To identify and resolve SSAS performance challenges quickly and correctly, you must understand where potential bottlenecks might lie and what metrics help identify the problem areas.

Identifying when, how long, and what performance impact processing your cubes are having...

Lack of visibility into concurrent, inefficient, high-impact events can make it difficult to get the complete picture of your server’s issues.

If SSAS slows to a crawl just when you need to deliver reports to stakeholders, your system might need to be optimized for high-concurrency workloads.

If your SSAS performance troubleshooting involves setting up traces or DMV queries, then you might be wasting time you could be spending on more strategic initiatives.

Finding performance problems related to the database design can be a struggle, especially if you can't easily consult the team who created the data model.

Querying and processing in SSAS

When performing queries, SSAS uses two primary engines: the formula engine and the storage engine. Either engine can be the source of a performance bottleneck; troubleshooting identifies which engine is the problem. The table below breaks down the primary features of each type of engine.

The first thing you need to determine when looking at performance problems is whether processing activities are happening at the same time as querying activities. Once you've ruled that out, SQL Server Profiler trace events can determine which query engine—formula or storage—is creating the bottleneck. The following table provides details on the Profiler trace events that are most important when troubleshooting SSAS performance challenges.

To determine which engine is the source of the problem, add up the cumulative durations indicated in Query Subcube/Verbose, Progress Report Begin/End, Get Data from Aggregation, VertiPaq SE Query Begin/End, and Direct Query End and compare to the Query Begin/End total time.

If the total duration is:

In addition to understanding which query engine is affecting performance, it’s essential to identify specific query and system attributes that are contributing to performance problems.

SQL Sentry includes enhanced support for SSAS Tabular mode and continued support for Multidimensional mode so that you can identify and address common SSAS performance problems.

The SQL Sentry performance dashboard shows both Windows- and SSAS-specific metrics side by side for a complete view of data platform performance. Learn more about the extended support for SSAS Tabular in SQL Sentry.

SQL Sentry gives you a complete view of SSAS performance so that you can identify and address problems that have widespread impact across your data estate. 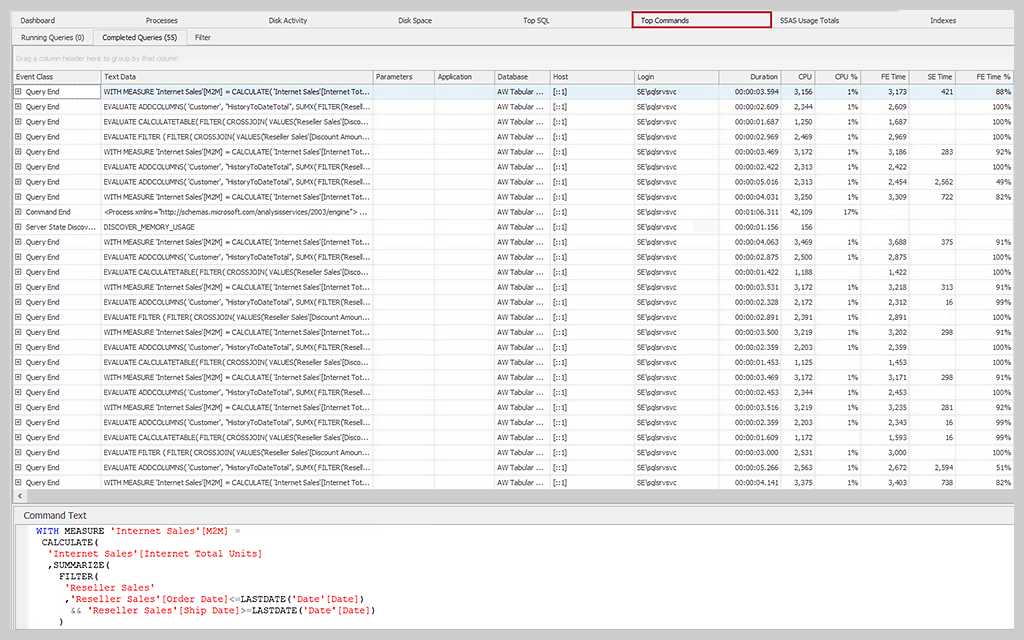 See the total impact of your MDX, DAX, or XMLA Commands

The SQL Sentry Top Commands tab shows SSAS query-level collection and any MDX, DAX, or XMLA commands that have run longer than one second. All the like queries have been rolled up and grouped together so you can see their total impact.

The SQL Sentry SSAS Usage Totals tab provides information that can be used to determine what responses to take based on activity levels. For Multidimensional mode, this information is divided into three different groups:

In Tabular Mode, view Object Memory Usage to easily see how your data models are being stored and compressed in-memory and identify areas where you might be able to increase data compression for more efficient memory consumption. 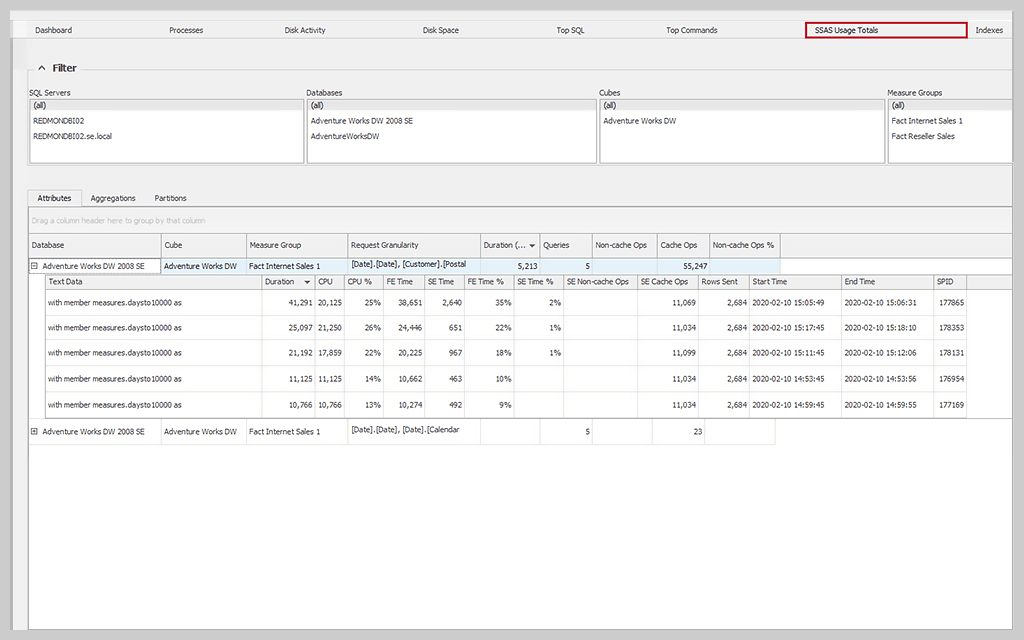 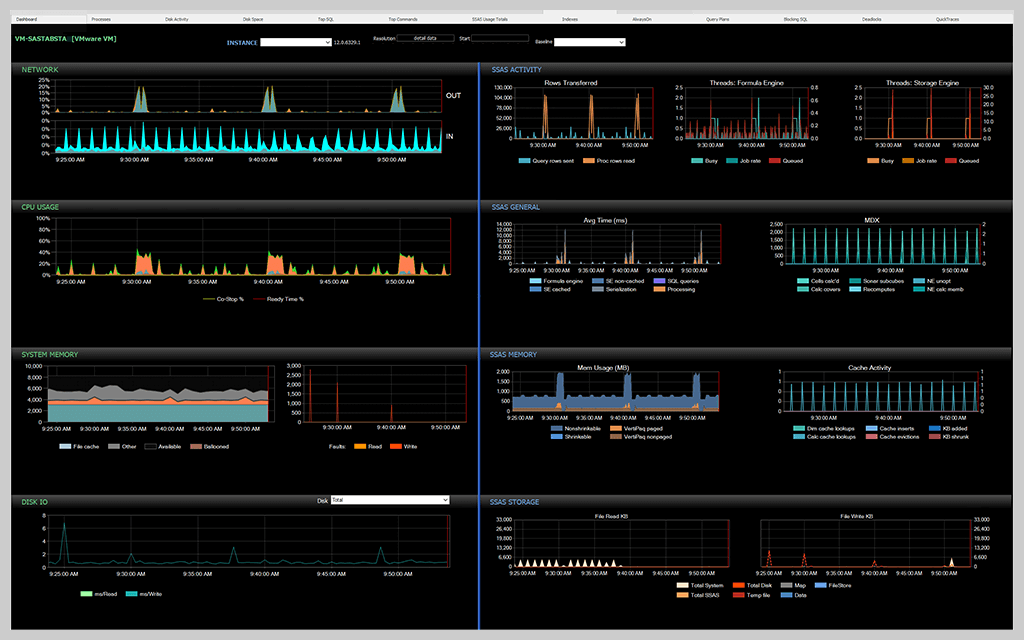 The SSAS Performance Metrics displayed by the Performance Analysis Dashboard in BI Sentry give you valuable insight into the root cause of performance problems with SQL Server Analysis Services (SSAS). With actionable information, you can save time in troubleshooting SSAS performance. Learn more.